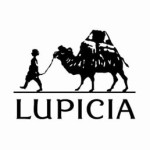 Lupicia based in Tokyo, is manufacturing and sells a tea, teaware, miscellaneous goods, confectioneries, and also imports tea from the world. The company currently operates six store in the United States, one store in Melbourne Australia and in Paris France. They are inporting teas from all over the world ranging from India, Sri Lanka, China, Taiwan, Germany, Italy, Vientnam, Kenya and others countries. Lupicia has also has a resturant in Niseko Hokkaido.

Over 400 varieties of tea from well-known tea producing countries, regions, and plantations

LUPICIA offers more than 400 kinds of fresh teas throughout the year, ranging from seasonal teas to their original blends of flavored teas.

Black tea is among the most widely enjoyed teas in the world. Originating in China in the 17th century, black tea spread rapidly throughout the world and found great acceptance in the West. Black tea is a known favorite, especially among the British, who have developed a rich culture around tea.

Green tea has been enjoyed since ancient times in China (the origin of tea) and Japan, where it is most frequently drunk. Green tea has also gained in popularity among Europeans and Americans in recent years for its health-giving properties.

Oolong tea is a Chinese tea positioned between green tea and black tea. It has a sophisticated flavor derived from complex production methods. Many types of oolong tea with long histories have been passed down by Buddhist priests due to their outstanding effectiveness.

Flavored tea refer to teas with added essences of flowers, fruits and spices. They originated in China, and have been cherished by the Chinese nobility and European people in more recent years.

NON/LOW caffeine tea is just right for relaxing after dinner. Black tea, green tea and oolong tea made from tealeaves contain caffeine. Tea from which caffeine has been removed using a special technique is referred to as decaffeinated tea. There are also caffeine-free tea substitutes that are made from plants other than tealeaves.

LUPICIA has created and manufactured teas to support a healthy lifestyle based on traditional recipes using medicinal herbs and aromatic therapy, by blending herbs and grains with teas or by simply blending herbs.

You can purchase their tea products on Amazon, and check the special deal!