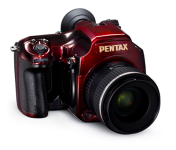 Established in 1900. The company became known as a long-established wholesaler of urushi (Japanese lacquer) products as well as urushi refiner. In 1978, Mr. Asao Sakamoto became the company’s third president, and changed the company’s business from wholesaling to the production of unique products. In time, their urushi works gained worldwide popularity, some of which are included in the permanent collection of the New York Museum of Modern Art, and the company has been awarded many prizes such as the Design Plus Award at International Frankfurter Messe. The top management executives of many world-famous manufacturers have visited the company’s main office to order limited-production products.

Collaboration of arts and crafts to apply traditional Japanese lacquerware to modern life
Sakamoto’s Urushi products are the infusion of traditional Japanese arts and the newest material and technologies, beyond the inheritance and preservation of old customs. Its “historic and modern” arts are now being noticed around the world.

30 years of business based on clear principles and policies
Unprecedented as a manufacturer dealing with traditional crafts, Sakamoto has kept the principle of the “infusion of tradition and modern concepts” for thirty years, as well as the policy of not dealing with the products that (1) can
be manufactured outside Japan, (2) are traditional craftsmanship and/or (3) can be mass-produced by major companies. Now, the eyes of the world are fixed on Sakamoto’s technologies based on this unconventional concept, as well as the company’s passion and confidence as a lacquer craftsman.

Incredible variety of products with heart-warming artistry and delicacy in detail
To introduce Sakamoto’s marvelous technologies, the following examples of its unique products are more effective than a long explanation:

Sakamoto’s niche business has been highly acclaimed in and outside Japan, winning many international awards for its products.
The designs and colors of Sakamoto’s products, which are the combination of Western and Japanese styles, are very unconventional and artistic. Sakamoto is the winner of various international awards e.g. inclusion in the
permanent collection of Museum of Modern Art in New York (MoMA) and the Frankfurt Messe. In 2005, Sakamoto Urushi manufacturing CO., LTD won an award from Minister of METI (Japan) for the Craftsmanship Grand Prize.