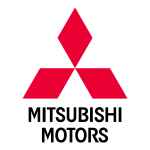 Mitsubishi Motors Corporation is a global automobile company based in Tokyo, Japan, which has a competitive edge in SUVs and pickup trucks, electric and plug-in hybrid electric vehicles.

The company was founded in 1970 from the automotive division of Mitsubishi Heavy Industries. Mitsubishi Motors was the sixth-biggest Japanese automaker and the sixteenth-biggest worldwide by production in 2011. In 2016, Mitsubishi is one-third (34%) owned by Nissan, and thus a part of the Renault–Nissan–Mitsubishi Alliance.

Since the Mitsubishi group produced its first car more than a century ago, we have demonstrated an ambitious and often disruptive approach, developing new vehicle genres and pioneering cutting-edge technologies. Deeply rooted in Mitsubishi Motors’ DNA, our brand strategy will appeal to ambitious drivers, willing to challenge conventional wisdom and ready to embrace change. Consistent with this mindset, Mitsubishi Motors introduced its new brand strategy in 2017, expressed in its “Drive your Ambition” tagline – a combination of personal drive and forward attitude, and a reflection of the constant dialogue between the brand and its customers.