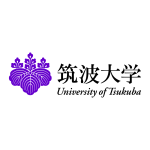 With over 130 years of history, and ranked in the top 10 Japanese universities, the University of Tsukuba has a long and proud history as one of Japan’s premier educational institutions. The QS World University Rankings places us 219th Worldwide and the 13th Best University Younger Than 50 Years Old.

The University of Tsukuba has produced three Nobel prize winning scientists, and they has particular strengths in the natural sciences while our School of Social and International Studies was ranked #1 in Japan in 2010 by Toyokeizai (Eastern Economics) magazine.