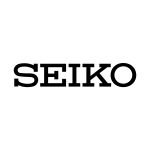 Seiko is one of the three major watch manufacturers in Japan such as Casio and Citizen. The company started operation as a subsidiary of Seiko Holdings Corporation in 2001. However, the history of Seiko is long, Kintaro Hattori, Seiko’s founder, opened a watch and jewelry shop called “K. Hattori” in the Ginza area of Tokyo, Japan in 1881, and he began to produce clocks under the name Seikosha, meaning roughly “House of Exquisite Workmanship” in 1892.

, luxury “Credor”, and the “Grand Seiko

” series. To separate the customer groups, Seiko has created many different brands in Japan and the international market.

You can purchase Seiko’s products on online-shop below