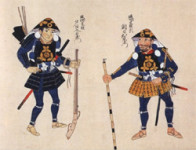 Ume is distributed widely in East Asia but its place of origin is in north central China. There are 2000 year old records of the medicinal use of ume. Most of the time ume is translated as Japanese plum and is often marketed as such, but it is really a species of apricot.

1500 years ago ume made its way into Japan in the form of a medicine called Woomei. At the same time Woomei was introduced, trees were also imported. Over time these trees adapted to the Japanese climate and growing conditions to create new species. Japanese ume are sourer and contain higher levels of citric acid than their Chinese counterparts.

Today there are over 20 kinds of edible ume in Japan including the very high quality Nanko-ume. Its pulp is thick and soft and contains a high amount of organic acid. This species of tree also produces a large yield of very high quality fruit every year. Southern Wakayama is the birth place and the leading producer of Nanko-ume. In 2006, 67,000 tons of southern Wakayama’s ume reached the market accounting for approximately 60% of Japan’s harvest. Kishu Umeboshi and Kishu Umeshu (Ume liqueur) are both made with Nanko-ume.

Japan has a long history of preserving ume by drying and salting. This form of pickle is called umeboshi and was eaten for a variety of reasons. It was used to prevent food poisoning and food from going bad. This proves the antibacterial properties of the benzaldehyde contained in umeboshi.

The Manufacturing Process of Umeboshi
Harvest takes place in the middle of June when the fruit starts to turn yellow. After they are washed and mixed with salt. The amount of salt is about 20% of the weight of the fruit. After about one month, near the end of July, the umeboshi are laid out to dry in the sun. For this area of Japan it is a very famous and distinct sign of summer to see the thousands of ume laid out to dry in every farmer’s yard. Once the umeboshi are dried they are packed into barrels and taken to the local processing area. There they are washed, sorted, desalinized, and seasoned. Great care and pride is taken in the production and seasoning process to bring the highest class of umeboshi to the international market.