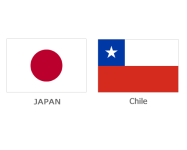 TOKYO — Japan and Chile plan to join hands to foster more disaster preparedness specialists in Latin American countries, including Peru, Columbia and El Salvador, over the next five years.

To bring more of Japan’s disaster-preparedness technology and expertise to the region, the two governments will provide support for some 2,000 administrators and researchers at universities and government agencies in Chile in the fields of earthquake and tsunami observation and quake-resistant and seismic isolation technologies.

Japanese Prime Minister Shinzo Abe, who will start a tour of Latin America on July 25, plans to reach an official agreement on the project with Chilean President Michelle Bachelet during a summit in Chile. The costs of the project will be split nearly evenly between the two governments.

Preparing for earthquakes, tsunami and flooding is a major issue in many Latin American countries. Japan has already helped Chile, which often suffers from major earthquakes and tsunami, to improve its disaster-preparedness technology.