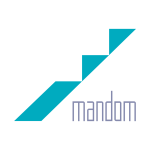 Establishment of Mandom Corporation started in 1927 as Kintsuru Kosui Corporation. In 1970 Charles Bronson was appointed as a brand character of “Mandom” series. That television commercial became a big hit and the company name was changed to Mandom. In 1989, for the first time in the Japanese cosmetics industry non-fragrance cosmetics “LUCIDO” for men was developed, and in 1993 “LUCIDO-L” was developed for women.