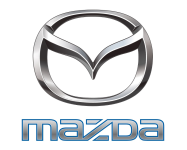 Mazda Motor Corporation, based in Hiroshima, Japan, was established in 1920, and became a vehicle manufacturer in 1931, when it began producing three-wheeled trucks. Mazda began selling vehicles in North America 50 years ago, this year, with the establishment of affiliate companies in Canada (Mazda Canada, Inc.) in 1968, in the United States (Mazda Motor of America, d/b/a Mazda North American Operations) in 1970, and in Mexico (Mazda Motor de Mexico) in 2006. Currently, Mazda does business in more than 130 countries around the world, and produces vehicles in Japan, Mexico, China and Thailand. Building passenger cars, commercial vehicles, and crossover SUVs, with an emphasis on the driving experience and a focus on design, engineering and efficient manufacturing, the company sells more than 1.55 million vehicles annually.

Mazda Motor Corporation is responsible for Mazda’s operations on a global basis, including all aspects of manufacturing, research and development, sales, marketing and all international operations.