National Institutes for Quantum and Radiological Science and Technology (QST) 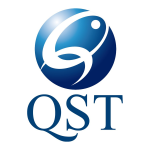 The National Institutes for Quantum and Radiological Science and Technology (QST) established in 2016, was newly launched as a National Research and Development Agency in Chiba, Japan. QST combines the research and development abilities of five Japanese national institutes in the fields of radiology, quantum beams and nuclear fusion to form a world-class institution in quantum science and technology research.