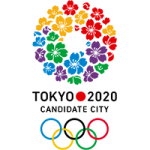 Tokyo’s winning bid to host the 2020 Olympics may boost construction and tourism stocks and give a lift to consumer confidence, playing into Prime Minister Shinzo Abe’s plan to revive the world’s third-biggest economy.

“Olympics-related stocks are yet to fully price in the decision, even though they’ve already outperformed,” Hiroshi Fujimoto, a Tokyo-based fund manager at Shinkin Asset, which manages 638.9 billion yen ($6.4 billion) in assets, said by phone on Sept. 3. “In the short term the entire Japanese share market will get a boost from celebratory buying and expectations for the event’s economic impact.”

Hosting the games can create new jobs and boost optimism as Japan seeks to overcome the economic effects of the 2011 earthquake and tsunami and a record debt that have been a drag on growth. Abe inherited the Tokyo Olympic bid when he won a landslide election in December, still capturing the prize may bolster his effort to drive the economic recovery by taming deflation and boosting consumer confidence.

“I expect this to bring a ‘fair wind’ to Japan’s economy and growth,” Abe said this morning on Fuji Television after Tokyo’s victory was announced.

The government’s official estimate of the games generating an additional 0.3 percent of gross domestic product on a value-added basis is too modest, said Robert Feldman, head of Japan economic research at Morgan Stanley MUFG Securities Co.

Japan’s capital, which staged the 1964 Summer Games, beat Madrid and Istanbul to win the 2020 host role, the International Olympic Committee said in Buenos Aires. Okasan Securities Group Inc.’s Tokyo Olympics-related stocks index surged 45 percent this year, outpacing the 34 percent climb for the benchmark Topix index, which is the biggest gain among developed markets. The 79-member Okasan gauge includes companies in industries from construction and transportation to sports, tourism and retail.

“Tokyo presented a very strong technical bid from the outset,” IOC President Jacques Rogge, whose 12-year term in office ends on Sept. 10, said in a statement. “All three cities were capable of staging excellent games in 2020, but in the end it was Tokyo’s bid that resonated the most with the IOC membership.”

Economic Impact
The stock-market bounce may not last, Shinkin’s Fujimoto said.
“The market’s rally will be short-lived and outperforming stocks will be sold for profit-taking,” he said. “We have a long way to go until the Olympics actually take place.”

The Games would have an economic impact of about 2.96 trillion yen and create 150,000 jobs for Japan, according to an estimate from the Tokyo 2020 bid committee in June 2012.

So far Abe’s drive to end 15 years of deflation in Japan through monetary easing and fiscal stimulus has mostly benefited investors and large manufacturers as the yen dropped 16 percent against the dollar, boosting overseas corporate earnings and driving a stock market rally. The plan has yet to translate into the higher wages needed to fuel the consumer spending required to sustain the recovery. An Olympic building boom could help change that.

Tokyo is planning its biggest housing complex in 42 years to lodge athletes, a move that may benefit developers such as Shimizu Corp. and Mitsubishi Estate Co.
Continue reading »