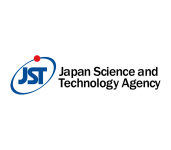 Japan Science and Technology Agency was formed by merging two existing organizations: Japan Information Center of Science and Technology (JICST) and Research Development Corporation of Japan (JRDC) in 1996. JICST was founded in August 1957 as a Japan’s core institution for science and technology information, with a view to providing the Japanese public with both national and international information on science and technology in a prompt and accurate manner. Meanwhile, JRDC was organized in July 1961 with missions to reduce the country’s dependence on overseas technologies, to select and support outstanding research at universities and public research institutions in Japan, and to promote technology transfer of such research output to the private sector.

JST will start the “Mirai Program (provisional name)” – one of the main features in 2017 – to concrete JST’s roles. This new implement will develop two types of projects in parallel:

JST takes direct responsibility of the management for both research projects, which makes them different from the existing projects of JST. JST will take on the challenge of high-risk high-impact R&D through this.

One Related article of “Japan Science and Technology Agency (JST)”