Patissier es Koyama is a sweets specialty store opened in Mita city, Hyogo prefecture in 2003 by Susumu Koyama, recipient of a variety of sweets of the world.

There are shops, cafes, bakeries, macaron workshops, ice cream factories, Lab, and unique sweet shops that only children can enter, just like a village in the sweets. 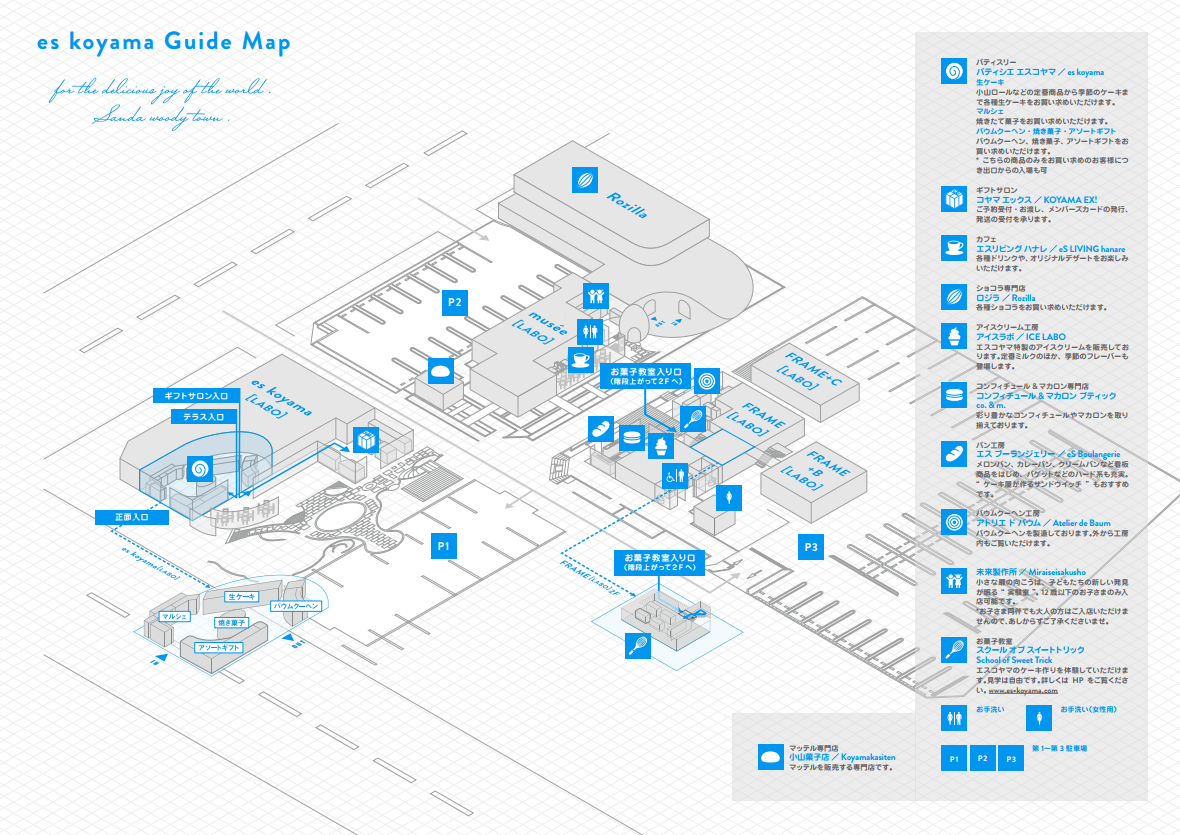 Koyama has won the top prize in the C.C.C. contest, the most prestigious competition in France organized by a group of chocolate lovers, for six consecutive years since he participated in the event for the first time in 2011. He has also participated in the International Chocolate Awards since 2013, and won the largest number of awards in the world in 2016. All 39 products he submitted for the contest in 2017 won prizes at the Asia-Pacific elimination round of the competition. He will also submit all of these for a world competition to be held in London in October. He has been expanding his activities on a global scale as a world-renowned chocolatier.