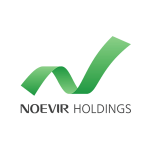 Noevir Holdings Co., Ltd. headquartered in Kobe, engaged in the manufacture and sale of cosmetics, toiletries, pharmaceuticals and health foods, and those product are sold at Noevir’s own retail stores and online stores.

Noevir Holdings operates in two business segments such as the cosmetics segment and the pharmaceuticals and foods segment. The Cosmetics segment develops, produces, and sells such as Namerakahonpo skincare line, excel makeup line and NOV hypoallergenic cosmetics. Additionally, contract manufacturing of cosmetics and quasi-drugs on an OEM basis is conducted.

The Pharmaceuticals and Health Foods segment produces and sells such flagship items as the long-selling Nanten Nodo Ame cough drops, functional drinks, such as the Min Min Da Ha lineup, and other OTC pharmaceuticals, including cold remedies and eye drops, as well as untritional supplements featuring high-quality natural ingredients and such health food products as tea.

The company was founded in 1964 with the name of J.H. Okura & Co., Ltd., and it was changed name to Noevir in 1978. Noevir first opened its doors in 1978, and it soon became the second largest direct-selling company in Japan. Today, the company has gone global with offices and distribution centers in Japan, the United States, Canada, Taiwan, China and Korea. With over 1 million satisfied customers worldwide, Noevir’s global operations now combine to produce over $1 billion in sales annually.