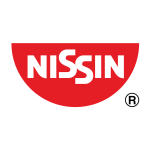 Nissin Foods has its headquarters in Yodogawa-ku, Osaka Prefecture. The company operates offices and factories in various countries, such as Brazil (since 1981), Hong Kong (since 1985), India (since 1987), Hungary (since 1993), Germany (since 1993), Thailand (since 1994), China (since 1995), and Mexico (since 2000). Nissin Foods are also selling products in the Philippines, Taiwan, Hungary, Singapore, Canada, Sweden, Indonesia, Malaysia, Australia, the United Kingdom, Italy, Argentina and the United States.

You can purchase Nissin Foods’ products on Amazon, and check the special deal!