A baby giant panda (female), born on August 14, 2018, has been on public display at Adventure World in Shirahama, Wakayama Prefecture, Japan, since September 13. The theme park is publicly seeking suggestions for her name. 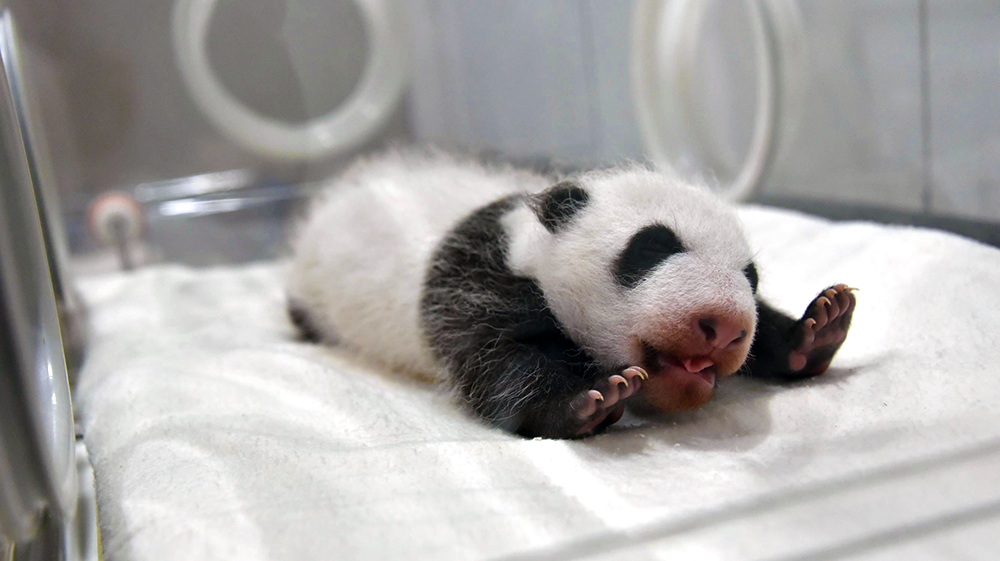 Request for naming the baby panda

Information on the baby panda ( as of Sept. 26)

The baby, the smallest of all giant panda cubs born at Adventure World, was not able to drink from her mother’s teat at a time when she was born. The staff at the theme park fed the baby in an incubator with breast milk pumped from her mother “Rauhin,” and care was also taken to control the temperature and humidity to prevent the baby’s body temperature from falling. The baby was returned to her mother “Rauhin” regularly from the incubator as part of efforts to encourage the baby to drink from her mother’s teat on her own.

Two days after her birth, the baby finally started to drink from her mother’s teat under her own power. However, because her body temperature would drop during the nursing time, the baby panda had to be put back in the temperature-controlled incubator immediately after breast-feeding. As the baby panda’s weight and body heat increased in tandem with her growth, her body temperature began to be stable. At present, the baby’s black-and-white body pattern is appearing clearly, and her eyes are expected to open soon. Please watch warmly over her future growth. 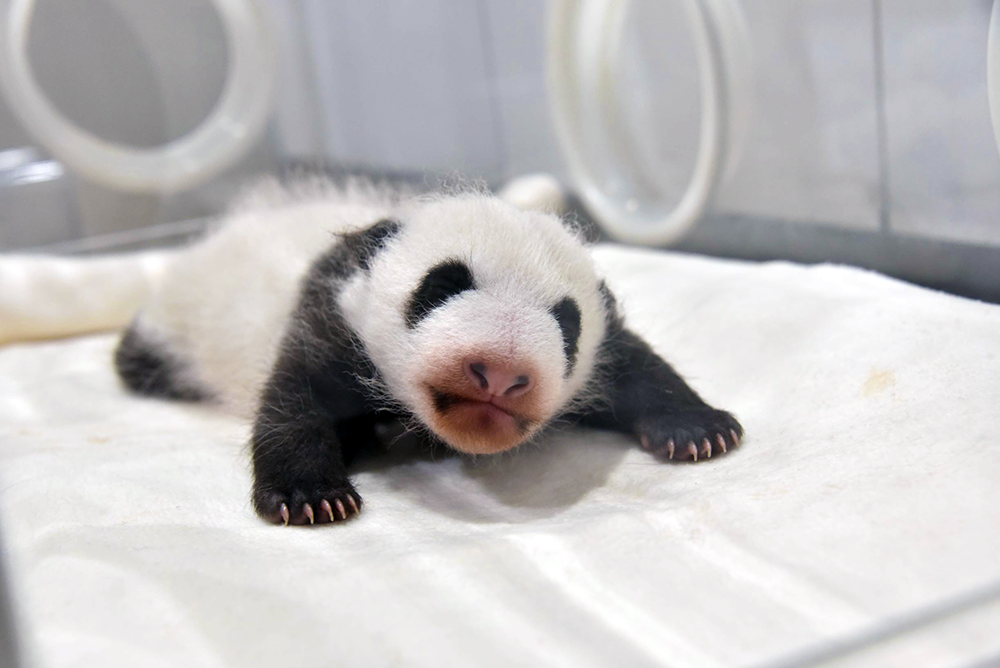 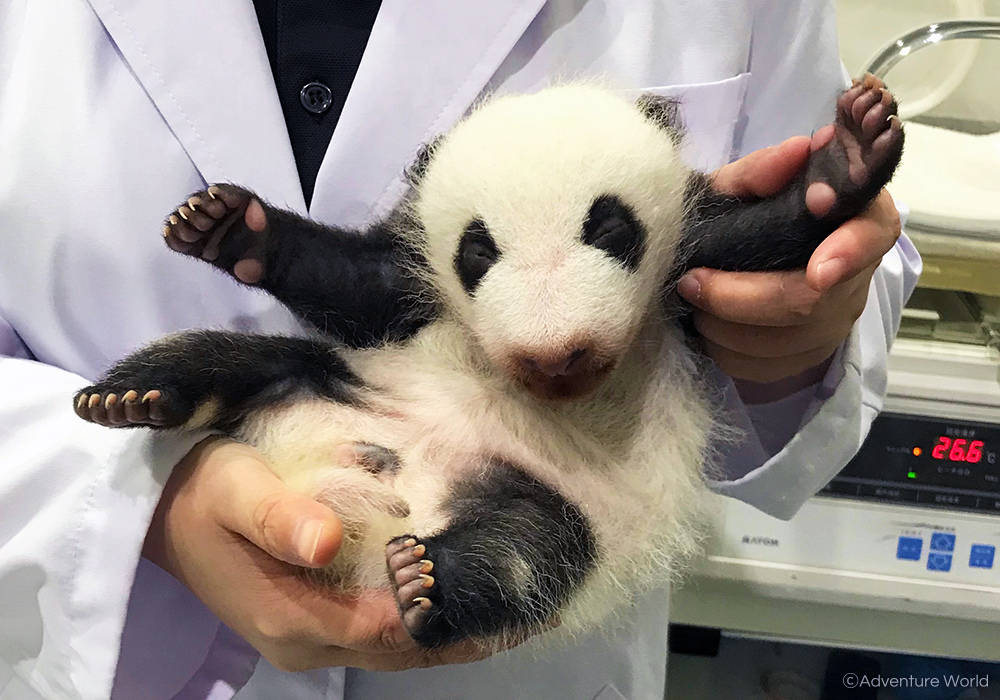 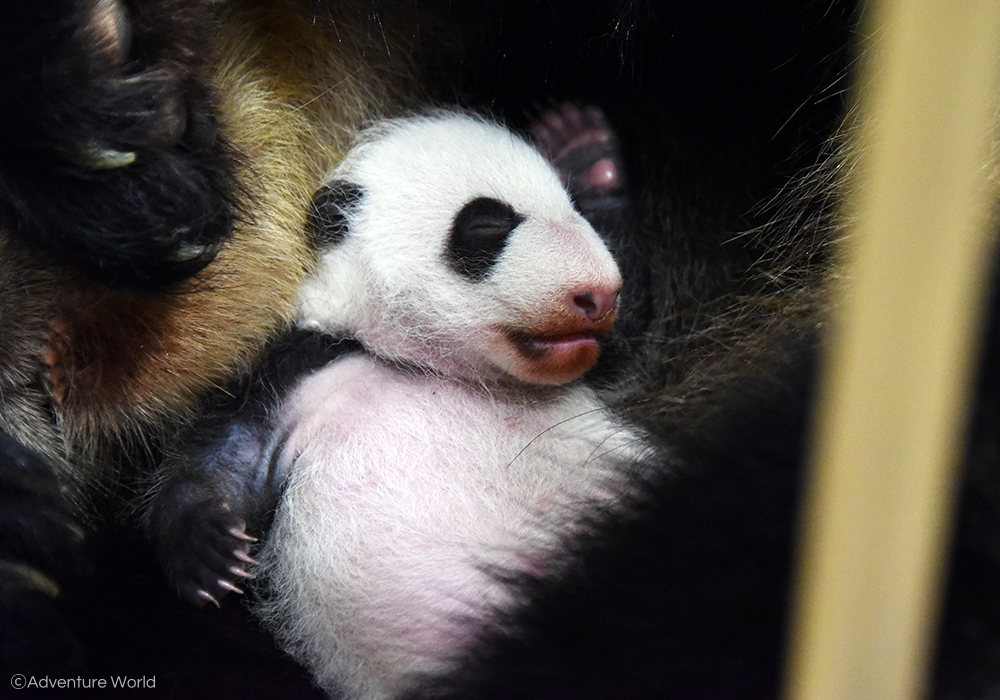 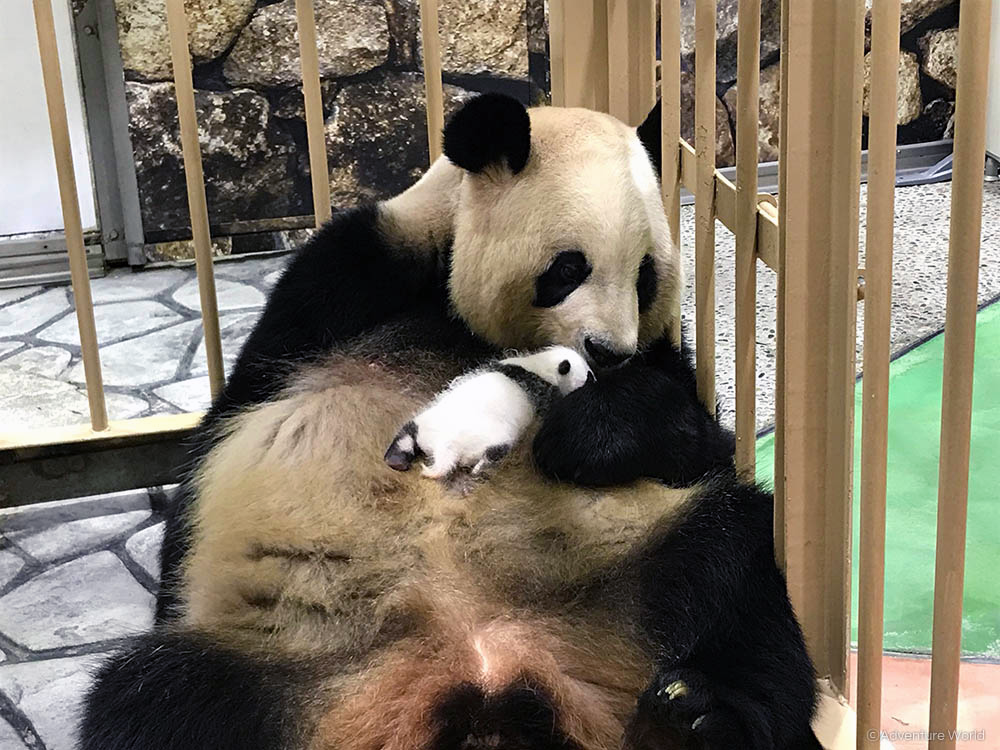 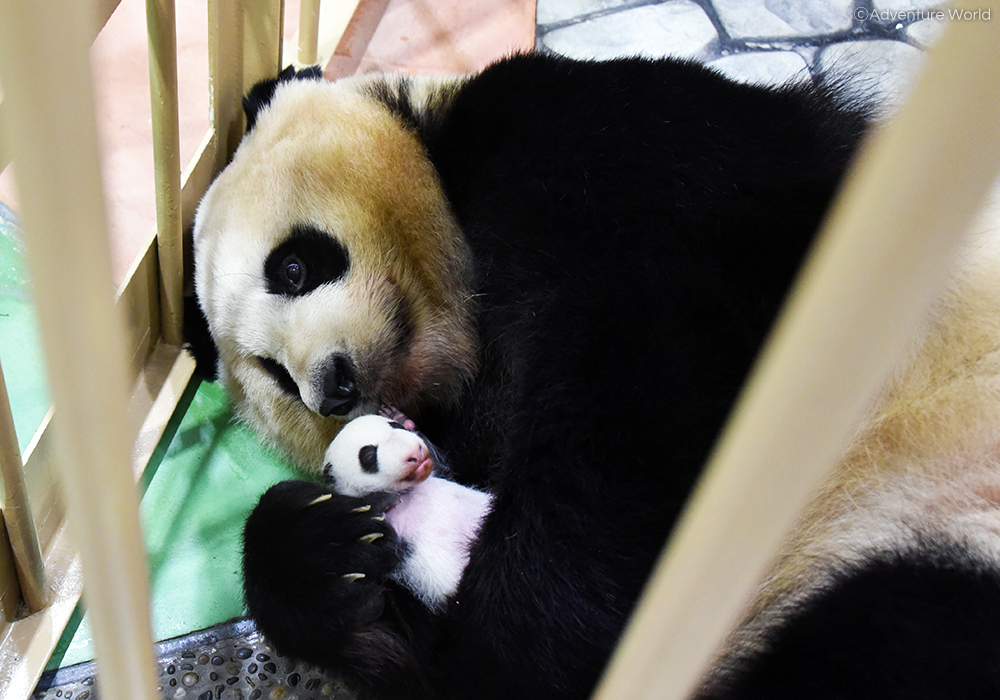 Check the hotels around this place, and make a reservation!