Two Japanese researchers have won a prestigious international medical award for their work on cellular functions.

The Canadian Gairdner Foundation gives the award each year to scientists for discoveries or contributions to medical science. It announced the winners of the 2015 Gairdner International Award on Wednesday.

Among the 5 winners are Yoshinori Osumi, an honorary professor at the Tokyo Institute of Technology, and Professor Shimon Sakaguchi at Osaka University.

The foundation says Osumi was the first researcher to visually observe the function of autophagy, or self-eating, whereby cells clean up the garbage within them by killing invaders.

It says autophagy is now regarded as a vital cell-recycling system and may assist developments in future to treat neurodegenerative diseases such as Alzheimer’s, cancer, and other age-related diseases.

Sakaguchi had been working to clarify the mechanism of diseases caused by immune functions that attack their hosts. He discovered regulatory T cells, which suppress excessive immune responses, in lymphocytes.

Sakaguchi found that decreasing the number of T cells or suppressing their work boosts immune functions that attack cancer cells. T cells are expected to help develop methods for treating and preventing diseases.

Sakaguchi says he’s glad that his long-time research has been recognized. He says he wants to carry on his studies and establish new methods for treating cancer and other diseases.

This year’s award ceremony will be held in Canada in October.

The Gairdner is the most prestigious medical award in Canada, like the Albert Lasker Basic Medical Research Award in the United States. Many of the past recipients of both awards have subsequently won the Nobel Prize in Medicine. 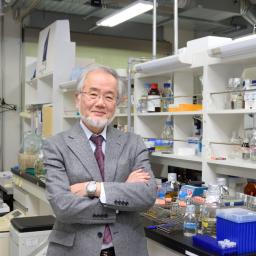 “for pioneering the molecular elucidation of autophagy, an essential intracellular, degradation system and when disordered, is linked to many diseases including neurodegeneration, cancer, and infection.”

Dr. Yoshinori Ohsumi was born in Fukuoka in 1945. In 1963, he entered to The Univ. of Tokyo, then he chose decisively to follow molecular biology as the path of his future. As a graduate student, Dr. Ohsumi studied the initiation mechanism of E. coli ribosome and then action of colicin E3, which inhibits the translation of E. coli cells by binding to its receptor. Near the end of 1974, he enrolled in Rockefeller Univ., to …Continue reading » 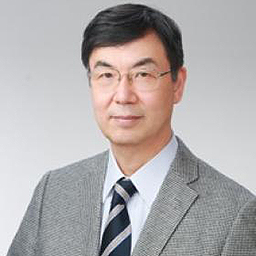 “for his discovery of regulatory T cells, characterization of their role in immunity and application to the treatment of autoimmune diseases and cancer.”

Shimon Sakaguchi is a Distinguished Professor at the World Premier International Research Initiative (WPI)-Immunology Frontier Research Center (IFReC) at Osaka University, Japan. He is an immunologist recognized for his work on the control of immune responses. He is known particularly for his discovery of regulatory T cells, an indispensable constituent of the immune system for the maintenance of immune self-tolerance and homeostasis…Continue reading »