The dollar surged to a 13-year high against the yen as a report showed U.S. payrolls climbed in May, boosting the case for the Federal Reserve to raise interest rates this year. 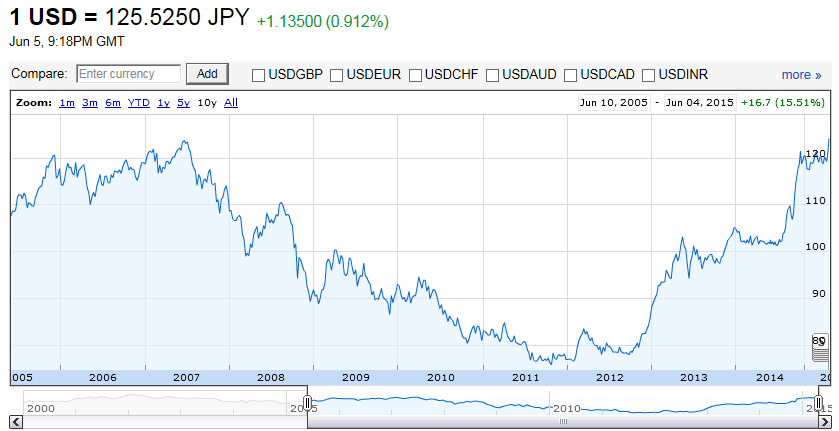 The U.S. currency gained against most of its major peers after the jobs gain exceeded forecasts and worker pay gains accelerated. The Fed is likely to tighten monetary policy this year if the labor market improves further, William C. Dudley, president of the Federal Reserve Bank of New York, said in a speech in Minneapolis. Futures prices showed a better-than-50-percent chance the central bank will increase rates by its September meeting, according to Bloomberg data.

“The king-dollar trade remains on,” Matt Weller, an analyst at Gain Capital Holdings Inc.’s Forex.com unit in Grand Rapids, Michigan, said by phone. “This puts September right in the crosshairs in terms of a Fed rate hike. I’m still optimistic on the dollar.”