TOKYO (Kyodo)– Japan’s job availability improved in April to its best level in around 23 years while the unemployment rate fell to its lowest level in 18 years, with companies willing to hire more workers on the back of an economic recovery, the government said Friday.

In April, the ratio of employment offers to seekers climbed to 1.17, the highest level since March 1992, from 1.15 the previous month, which means 117 positions were available for every 100 job seekers, according to the Ministry of Health, Labor and Welfare.

The country’s jobless rate, meanwhile, fell last month to 3.3 percent, its lowest level since April 1997, from 3.4 percent in March, the Ministry of Internal Affairs and Communications said in a preliminary report.

The number of unemployed people fell a seasonally adjusted 0.9 percent from March to 2.19 million, as those quitting jobs involuntarily slid 1.4 percent to 680,000, the internal affairs ministry said.

By industry, the healthcare and welfare industry added jobs in April from a year earlier, while the transport and postal service sector cut jobs, the ministry said. 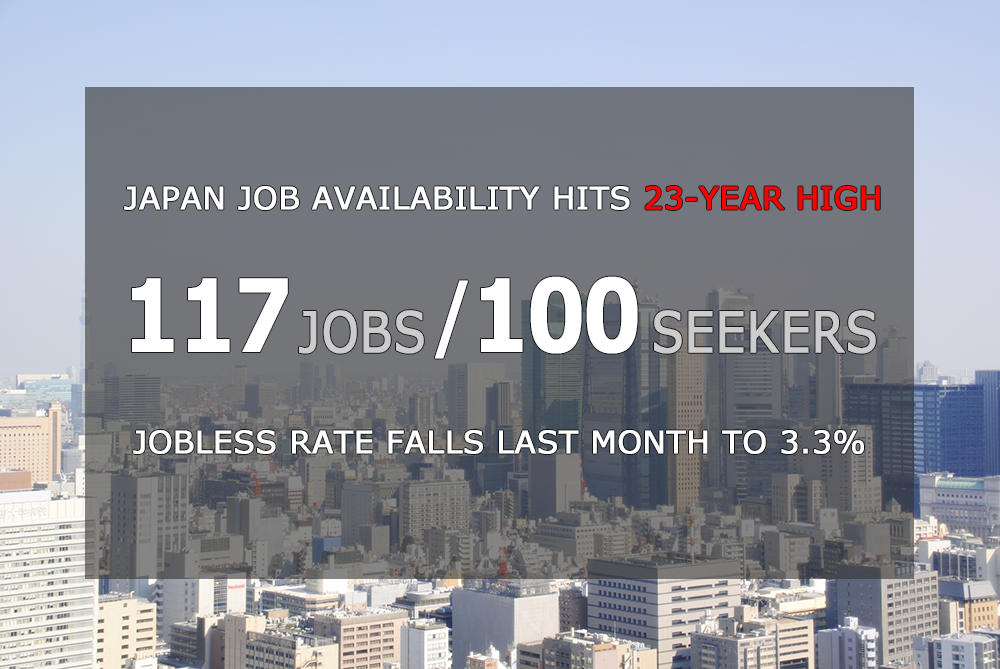