Both sides will sign a memorandum of cooperation (MOC) this month on joint development of the Bangkok-to-Chiang Mai, Kanchanaburi-Bangkok-Laem Chabang and Bangkok-to-Sa Kaew rail lines. 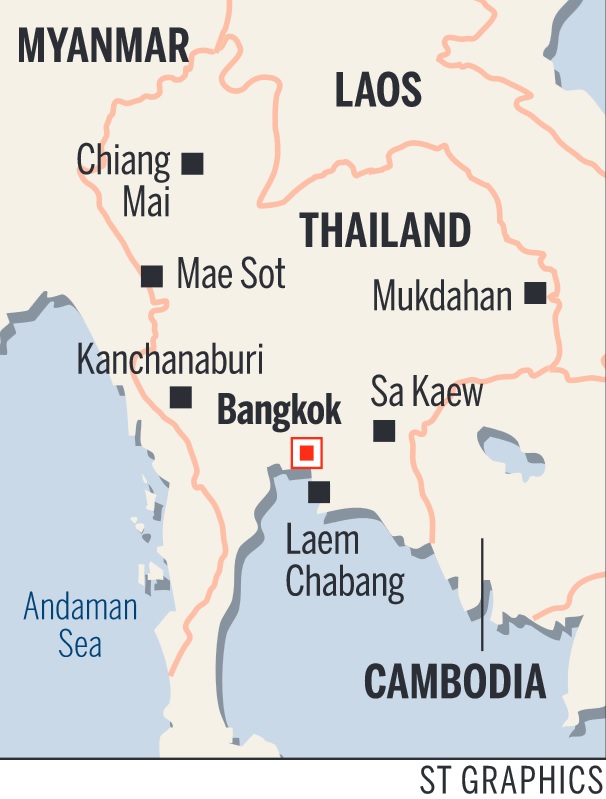 Further study would be done on a fourth route from Mae Sot to Mukdahan, according to The Nation daily. Disclosing this, Transport Minister Prajin Juntong said his deputy, Mr Arkhom Termpittayapaisith, would sign the MOC with Japanese railroad authorities during a trip to Tokyo on May 26 to 27.

The transport minister was speaking after a meeting between a top Japanese official and Thai Prime Minister Prayut Chan-o-cha at Government House.

Japanese experts will visit Thailand next month after the signing of the MOC and work with Thai authorities to carry out surveys of the routes and designs, which will take about six months, according to the Bangkok Post.

Mr Prajin was also quoted as saying that construction should start next year because feasibility studies were completed in 2012. “We use the term MOC because we’ve already gone beyond the MOU (memorandum of understanding) stage,” he said. “Now, it’s time to put the projects into practice.”

Other issues, such as financing, are expected to be finalised by the end of this year, Mr Arkhom said.

During an official visit to Japan in February, when he met Mr Abe, Gen Prayut rode the Shinkansen, or bullet train, from Tokyo to Osaka, prompting him to consider a similar network for Thailand.

“I would like to see it happen for tourist destinations like Pattaya and Hua Hin using funding from the state and the private sector,” he said, referring to beach destinations south of Bangkok.

“I am inviting interested parties to fund and support this idea, which should happen in the very near future,” he added, giving no further details.