Japan’s current account surplus in the April to September period more than quadrupled from a year earlier to the highest level since the first half of fiscal 2010, the government said Tuesday, with a notable gain in the travel surplus in addition to a fall in imports due to lower crude oil prices. 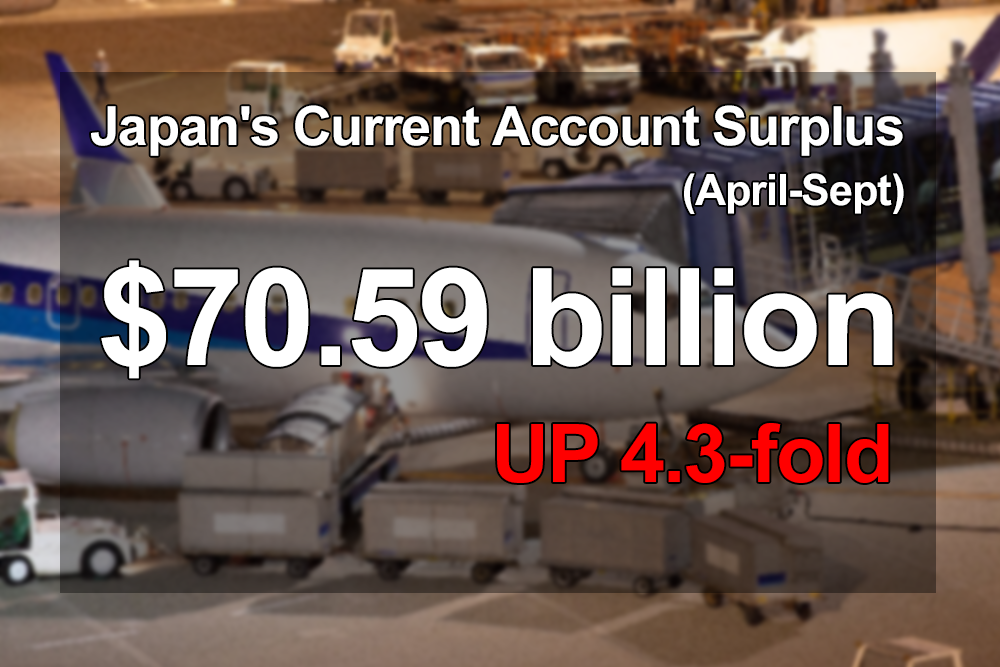 The surplus of 8,693.8 billion yen ($70.59 billion), about a 4.3-fold increase from the previous year, was also boosted by increased overseas income on the back of a weaker yen.

The current account balance is one of the widest gauges of international trade for a nation.

The sharp decline in imports reflects 34.0 percent drop in crude oil imports in value terms, as Japan has relied heavily on energy imports after the devastating quake-tsunami disaster in March 2011 that put nuclear power plants offline.

During the six-month period, the surplus in the primary income account — which reflects how much Japan earns from its foreign investments — climbed 18.1 percent to 10.83 trillion yen, with a weaker yen helping raise receipts from overseas securities investments.

The figure was the largest for any six-month period since 1985, when comparable data became available.