Tokyo, March 2, 2015 – Mitsubishi Heavy Industries, Ltd. (MHI) has received an order from Astomos Energy Corporation for a very large liquefied petroleum gas (LPG) carrier. The LPG carrier on order is the fourth sister ship identical to vessel first ordered to MHI by Astomos Energy in 2013. The carrier will provide the world’s highest level of energy-saving performance, flexibility to accommodate major LPG terminals around the globe, and specifications suited to passage through the newly expanding Panama Canal. Completion and delivery of the ship is scheduled for the first half of 2017. 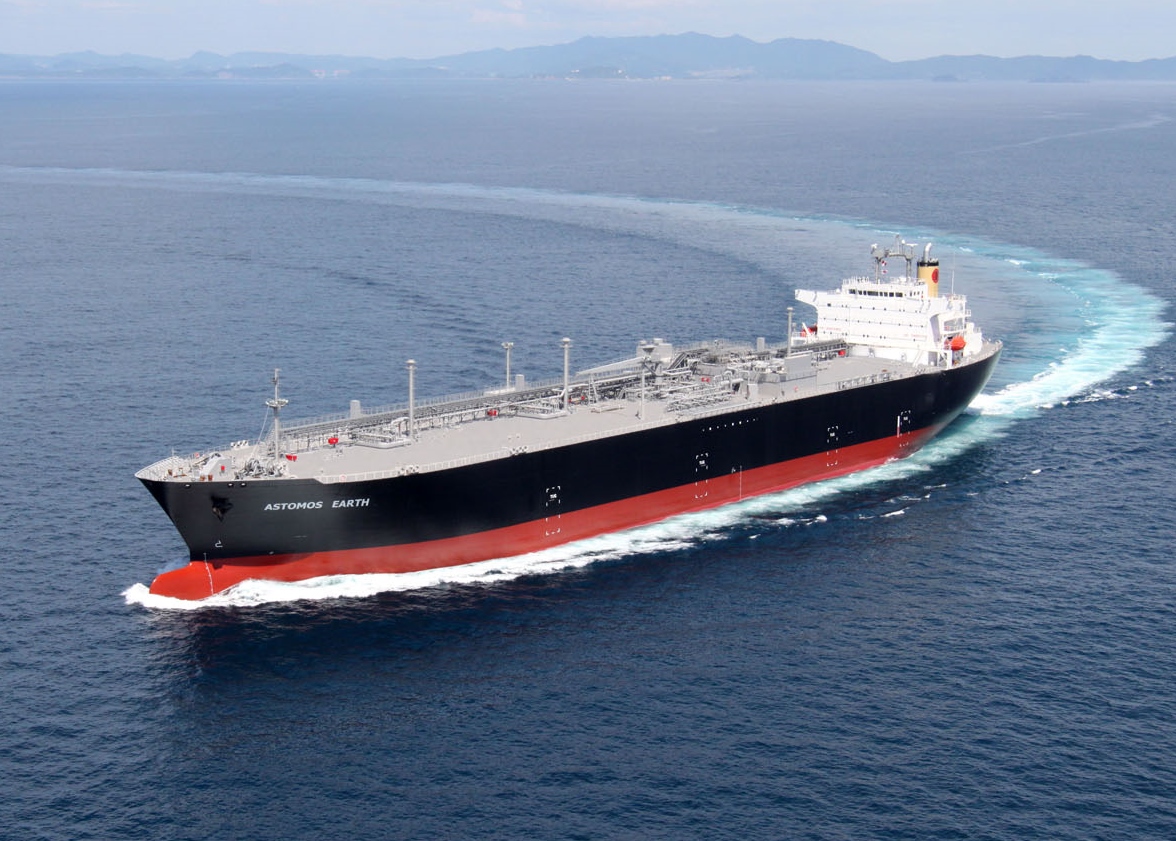 The newly ordered LPG carrier will measure 230.0 meters (m) in length overall (LOA), 36.6m in width and 11.1m in draft, with gross tonnage of 48,300 tons (t) and deadweight tonnage of 51,100t. It will have capacity to carry up to 83,000 cubic meters (m3) of LPG. The adoption of MHI’s unique hull design and other features will provide the carrier with superlative fuel efficiency and outstanding adaptability to the diverse connecting conditions of the world’s LPG terminals. The ship will also be equipped with the industry’s most advanced systems, including mooring arrangement, to enable passage through the newly expanding Panama Canal, which is expected to become operable early in 2016. Construction, as with the three previously ordered vessels, will be carried out at MHI’s Nagasaki Shipyard & Machinery Works.

Astomos Energy presently operates a fleet of 21 large-scale LPG carriers. All six vessels owned by the company and 10 of the company’s 15 time-chartered vessels were built by MHI at the Nagasaki Shipyard. Astomos Energy targets in its new medium-term business plan beginning fiscal year 2015 to expand its LPG transport structure and increase gross LPG handling volume from the current 10 million tons per year (mtpy) to more than 12mtpy by 2017. The order newly placed to MHI is an integral part of that initiative. The new carrier, when completed, will replace a vessel owned by Astomos Energy, which was built in the first half of the 1990s.

With the emergence of the “shale gas revolution” in the United States, demand for LPG produced in North America is projected to increase in the medium- and long-term in markets worldwide, including East Asia. In tandem with this expansionary trend, coupled with the enlargement of the Panama Canal, newly constructed ships must offer increased carrying capacities and be able to transport over longer distances. They must also perform to tightening environmental restrictions imposed on such ship navigations. The LPG carrier ordered from MHI by Astomos Energy will satisfy these various requirements and simultaneously meet the needs of the company’s plan to build the world’s most advanced LPG carrier fleet.

In responding to the heightening demands for LPG carriers, going forward, MHI will focus on the development of ever more energy-efficient, environmentally compatible and flexibly operable LPG carriers and pursue more proactive proposal-based solutions marketing.