Mitsubishi Corporation (MC) and Tokyo Electric Power Company (TEPCO) are pleased to announce that a 25-year power and water purchase agreement (PWPA) has been reached between Qatar General Electricity and Water Corporation (KAHRAMAA) and K1 Energy, a joint venture established by MC and TEPCO, each holding an equity share of 98.5% 1.5%, respectively*. The agreement is the result of an international tender issued by the KAHRAMAA in May 2014.

The final PWPA will be concluded between KAHRAMAA and a special purpose company established through a partnership among K1 Energy, Qatar Electricity and Water Company (QEWC), Qatar Petroleum (QP) and Qatar Foundation (QF). K1 Energy will hold a 30% equity participation in the special purpose company while Qatar Electricity and Water Company will hold 60% with Qatar Petroleum and Qatar Foundation each holding 5%. The special purpose company will construct, own and operate a power generation plant (2.4 GW) and a water desalination plant (590,000 m3/day) in Qatar over 25 years. Located 20 km south of the capital Doha, operations at the site are scheduled to commence in 2017.

As the world’s third largest producer and exporter of natural gas, Qatar’s real economic growth averaged 12.8% per annum from 2007 to 2013, a rate it is expected to maintain. Due to this high economic growth, the demand for power generation and water desalination has been rapidly growing in recent years. This IWPP initiative is therefore considered a national project aimed at responding to the increasing demand.

As MC develops its power generation and water desalination business globally in response to increasing demand for electricity and water around the world, the IWPP project will enable the company to contribute to the sustainable supply of electricity and water in Qatar. The project will also enhance TEPCO’s business base as it seeks to increase operating revenue towards revitalization in Fukushima, drawing on the technology and know-how it has developed over the years to contribute to society and proactively develop its power generation business both in Japan and overseas.

* Discussions are currently being held with a view to raising TEPCO’s equity participation in K1 Energy to a maximum of 33.3%, by decreasing MC’s participation within the first half of fiscal year 2015. 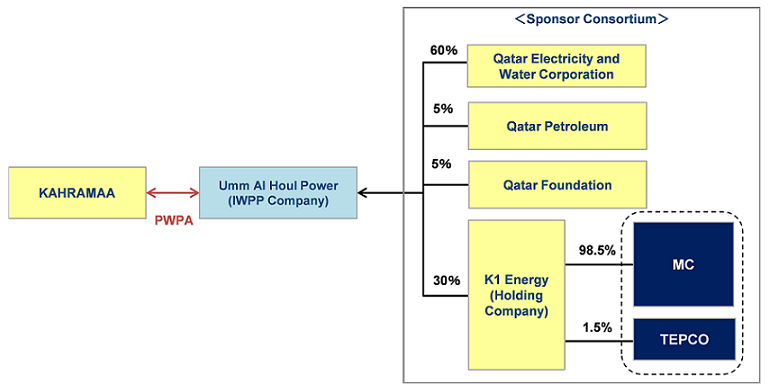 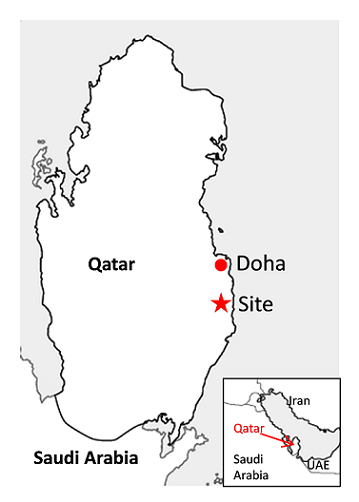