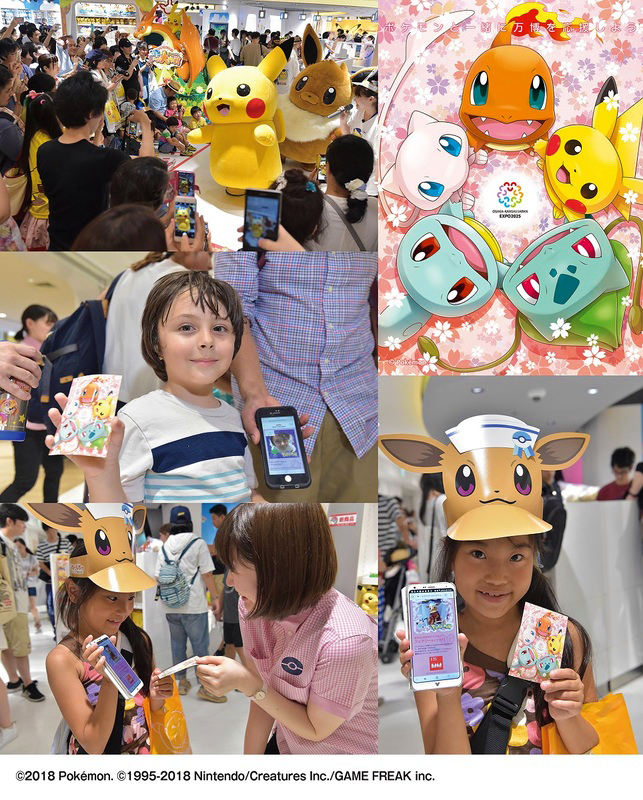 The campaign website “Pokemon EXPO Type Check” was launched in June to help people support the bidding activities together with Pokemon, and “original goods featuring Pokemon and the World Expo bid” began to be distributed from July 21 in the second phase of the campaign. In Japan where summer vacation already started, many people, mainly children and young people, flock to 26 Pokemon Centers/Pokemon Stores (facilities to offer information on Pokemon and sell Pokemon-themed goods) across the country every day where original goods are distributed.

The Pokemon Center Mega Tokyo in Ikebukuro, one of the campaign venues, was crowded with smartphone-carrying children and Pokemon fans from Japan and abroad.

As for “Pokemon EXPO Type Check,” each visitor is diagnosed as one of the designated types after answering 10 questions about Pokemon and the World Expo. Then, each visitor can receive an original photograph (a supporter’s certificate) taken together with Pokemon which varies from one type to another. Fifty-four Pokemon appear in the type check, allowing visitors to be excited about which Pokemon picture he or she can get.