LONDON, May 22, 2018 – Japan has consolidated its spot at the top of the Henley Passport Index, now offering its citizens visa-free access to a record total of 189 destinations. Following closely behind are Singapore and Germany in joint second place. Third place is shared by six countries: one Asian (South Korea) and the rest European (Finland, France, Italy, Spain and Sweden). 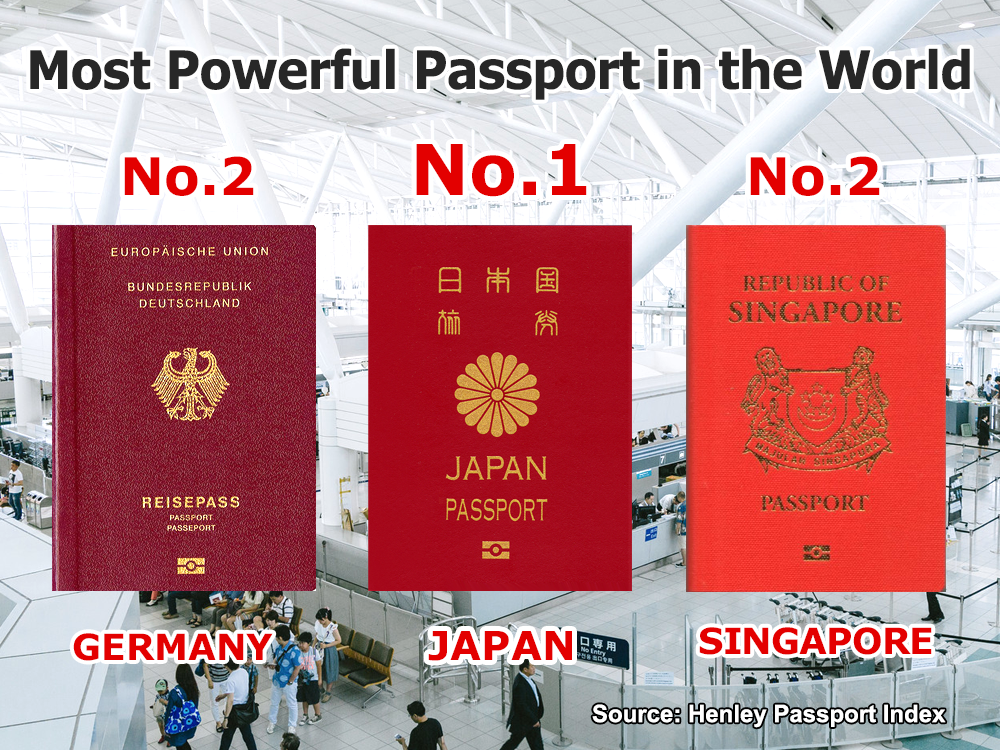 The UAE, now in 23rd place having risen 38 places since 2008, remains the fastest overall climber on the Henley Passport Index — the only index based on exclusive data from the International Air Transport Association (IATA) which maintains the world’s largest and most accurate database of travel information. 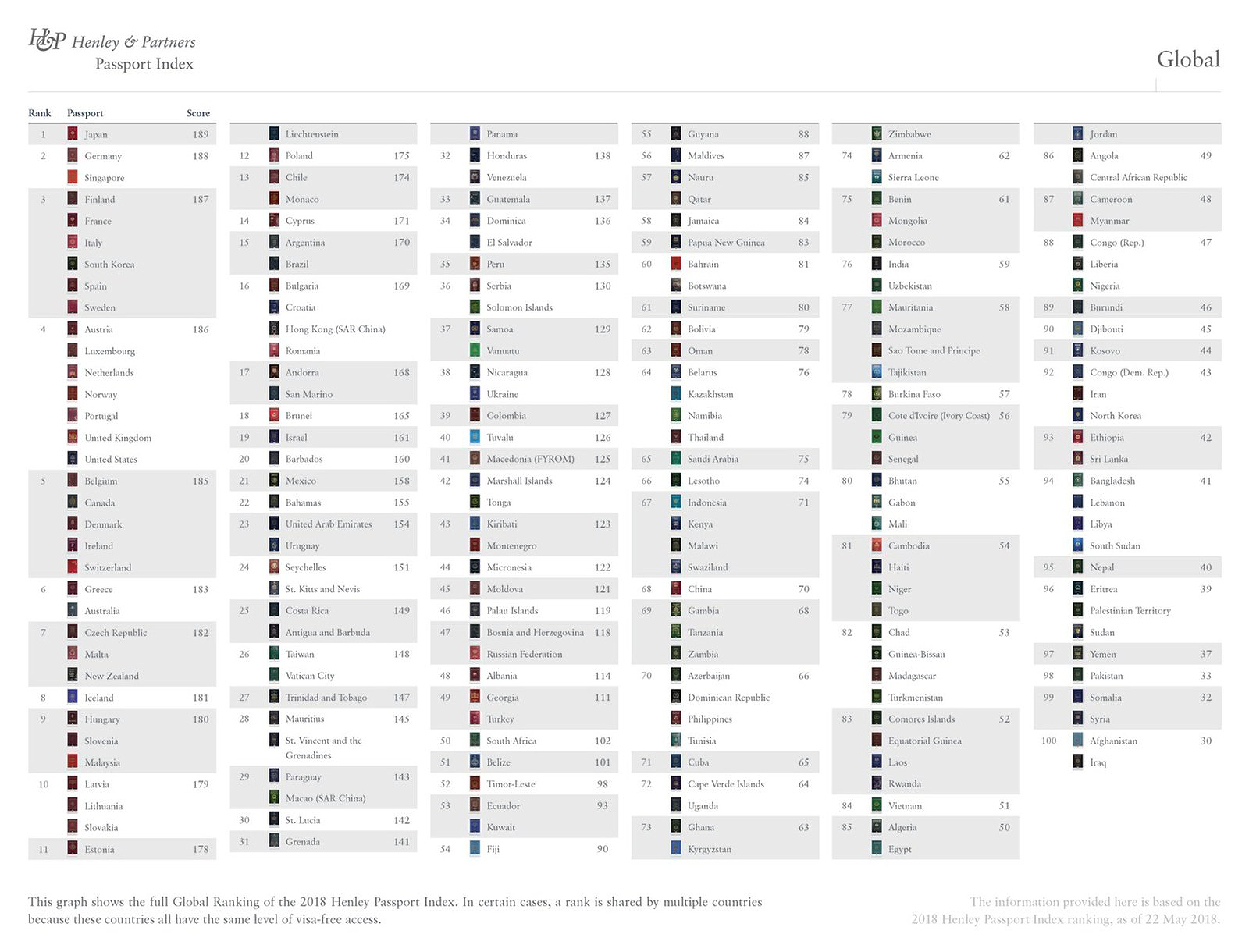 Russia — which is usually off-limits to nationals of most countries — announced in April that visas would be waived for all travelers holding tickets to the FIFA World Cup. Nonetheless, the country has fallen from 45th to 47th position on the Henley Passport Index compared to Q1, thus far unable to catch up to regional leaders Ukraine and Moldova.

The U.S. and the U.K. are tied in fourth place, along with Luxembourg, the Netherlands and Portugal. The U.S. has climbed one place compared to Q1, while the U.K. has remained stable.

Having gained access to the UAE, Oman, and Bosnia and Herzegovina this year, China has significantly strengthened its position on the ranking, climbing from 74th to 68th position since Q1 — although the country score of 70 visa-free destinations is still relatively low.

Dr. Christian H. Kälin, group chairman of Henley & Partners, says the index is the most robust in the world, surveying a total of 199 different passports against 227 different travel destinations, including countries, territories and micro-states. “The Henley Passport Index is innovating the way we map and measure travel freedom, making it easier for individuals to understand where exactly they lie on the spectrum of global mobility. Investment migration remains a critical mechanism for those with low-ranking passports or those in immigration-hostile zones. Citizenship-by-investment programs allow financially independent individuals to make a substantial economic contribution to a particular country, in exchange for which they become a citizen and receive a passport.”