“Printoss” to be launched from this summer in 12 countries

TOMY Company. Ltd. (Representative Director: Kazuhiro Kojima, headquarters: Katsushika-ku, Tokyo) announces the international release of the Printoss, an easy printer to print photos taken on a smartphone (SRP: 3,700 En excluding tax). The Printoss will be launched from late June 2018 in 12 countries*1 in regions such as North America, Europe and Australia, and there are plans to expand sales routes into other Asian countries in future. 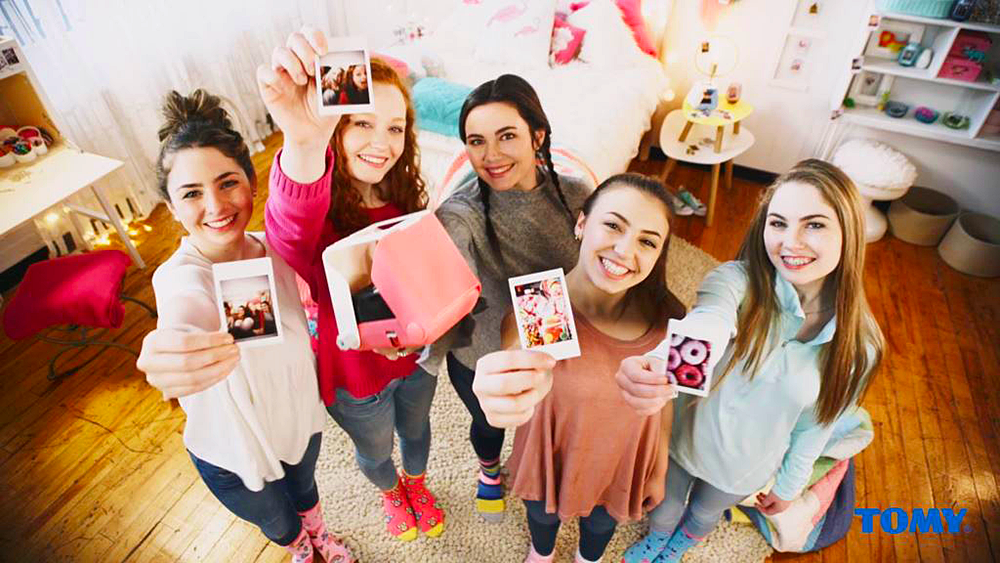 The Printoss will be launched as the KiiPixTM *2 overseas, with a goal of one million units to be exported worldwide(including Japan). The KiiPix has attracted a lot of attention at overseas trade fairs, and there are plans to launch it in the camera section of major retailers, along with variety stores and online stores. It will also be promoted via social media like in Japan. 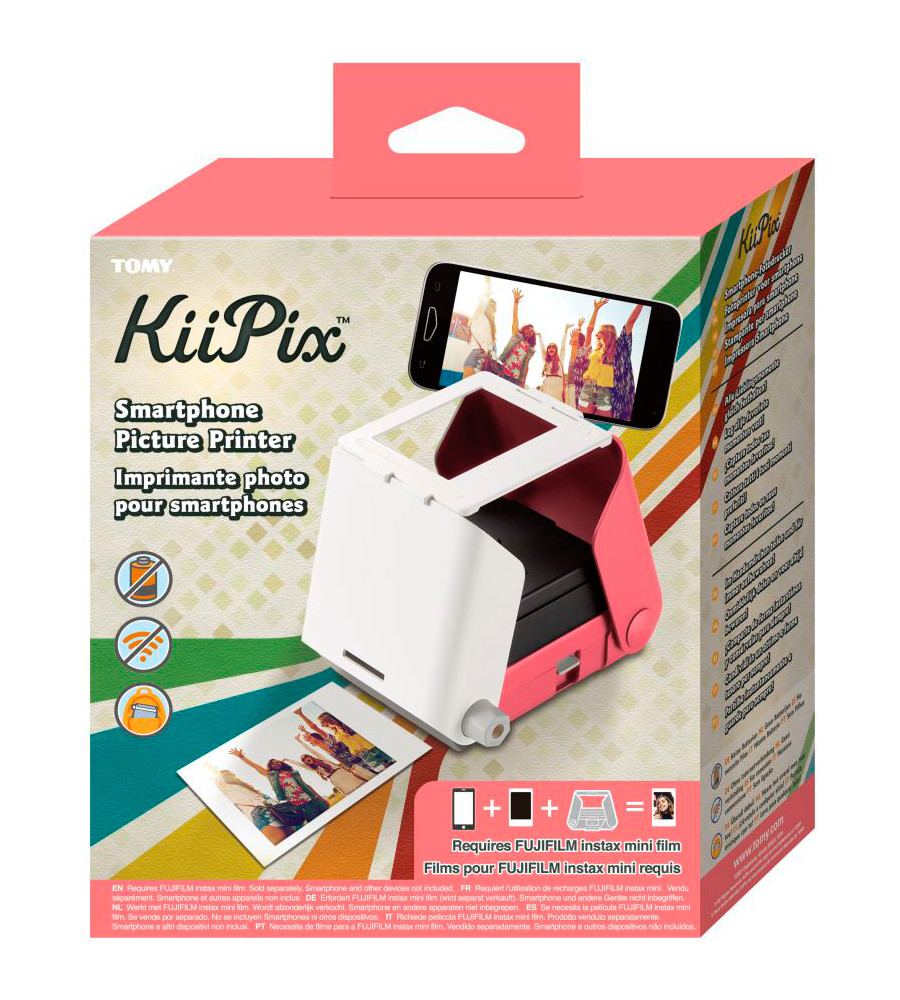 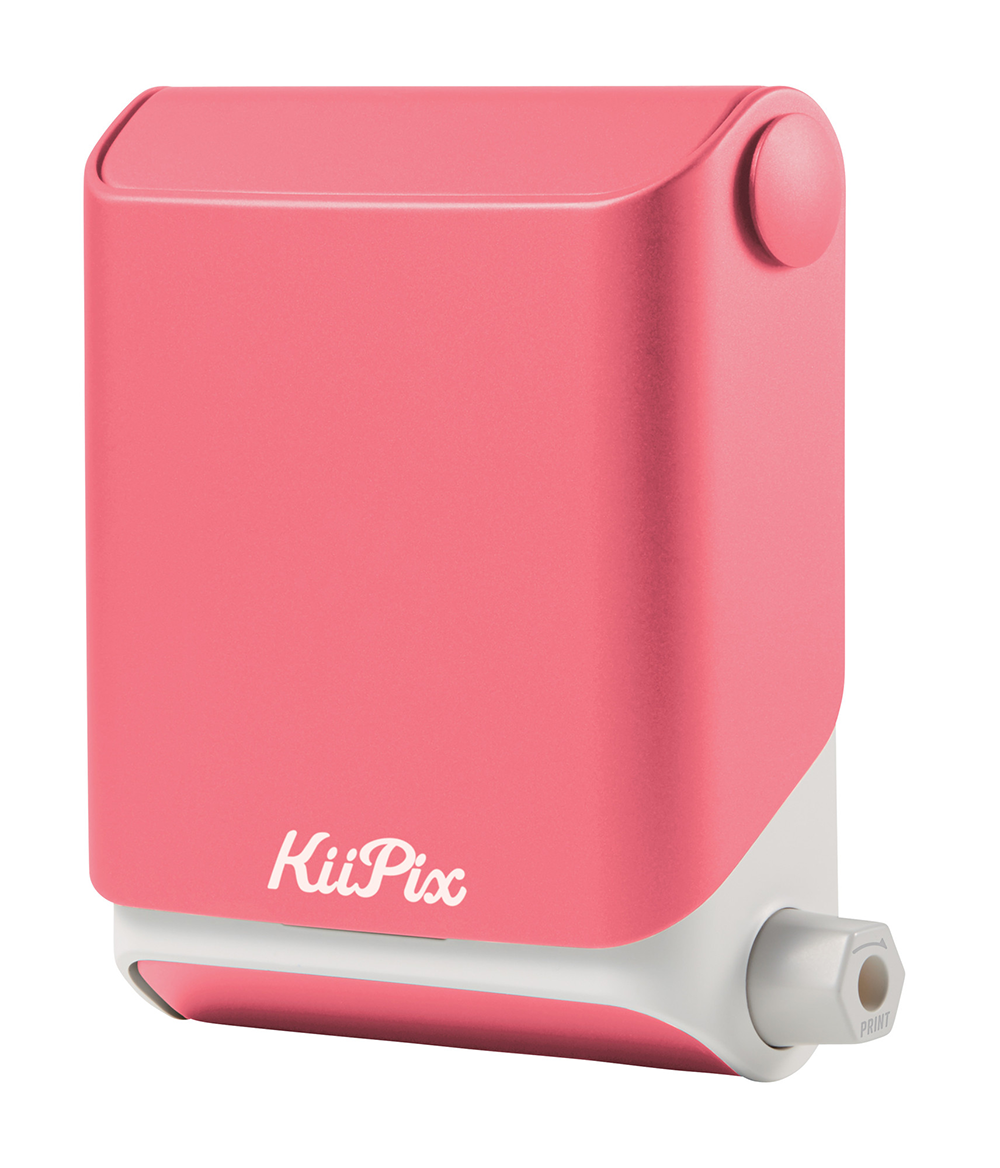 Launched in Japan in December 2017, the Printoss attracted attention for its incredible success, selling out as soon as it was delivered to physical and online stores alike. After such immense popularity, it has been slated for release overseas too.
Reasons for the Printoss’s popularity include its compact size with no need for batteries or a specific app, the fact that it enables immediate, easy printing, the fact that users can print original photos that they have processed themselves, the way the analog finish provides an even fresher look and the fact that users can enjoy sharing their photos on social media. Users are mainly in their teens to 30s, particularly women in their 20s. Consumers themselves have broadened the range of uses, using the Printoss to print photos of their favorite anime characters and celebrities, and event using Printoss photos in place of business cards. 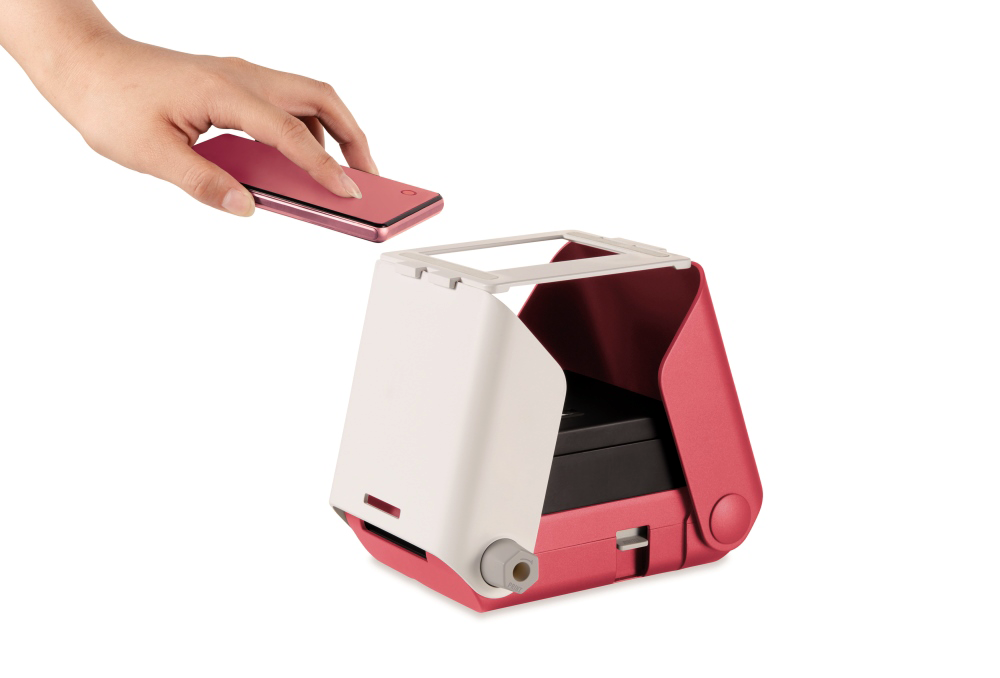 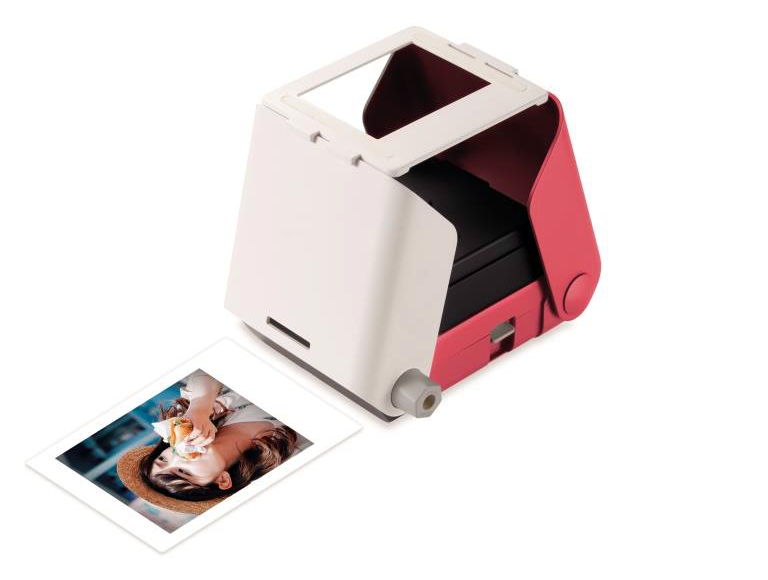 People in North America and Europe also enjoy using photos as an interior decorating feature, putting up photos of their families in their offices and rooms. This has made instant cameras hugely popular overseas too, as they enable photos to be printed as soon as they are taken. The Printoss combines the analog qualities of instant cameras with the digital qualities of smartphones, and its popularity is expected to transcend borders, becoming as much of a hit overseas as it is in Japan.
There continues to be a struggle to keep up with demand, but an additional production framework is being built, and the Printoss’s overseas launch will be accompanied by releases in new retailers in Japan to make it more readily available.
In Japan, to broaden the Printoss’s appeal across generations, the new Printoss Minions with a design featuring the globally popular Minions*3 characters will be released in November 2018. Yellow and white will be used as the base colors, and an image of the Minions character Bob is printed for a cute, funky look.

*2: “Kiipix” is a portmanteau of “Keep” + “Pictures”. The “ee” was changed to “ii” for originality and to make it easier to pronounce.
*3: Minions: Mysterious, banana-loving creatures that became hugely popular after appearing in Despicable Me and Despicable Me 2. They eventually appeared in a movie of their own called Minions, and recently featured in Despicable Me 3, which was the biggest animated hit of the year. Their popularity has led to a wide range of Minions-themed products, and their cuteness has won them fans around the globe.

Printoss Minions to be released in November 2018!

Yellow and white will be used as the base colors, and an image of the Minions character Bob is printed for a cute, funky look. Bob is printed in different poses on the left and right wings (lids) so that users can enjoy the pictures whether the wings are open or closed.

*For release in Japan only, limited sales channels. (To be announced on TOMY’s official website later.)
*Printoss Minions is a licensed product according to a licensing agreement between TOMY Company and NBCUniversal Entertainment Japan LLC.
Price planned for launch: TBD
Launch date in Japan: November, 2018
Copyright: © TOMY TM & © Universal Studios 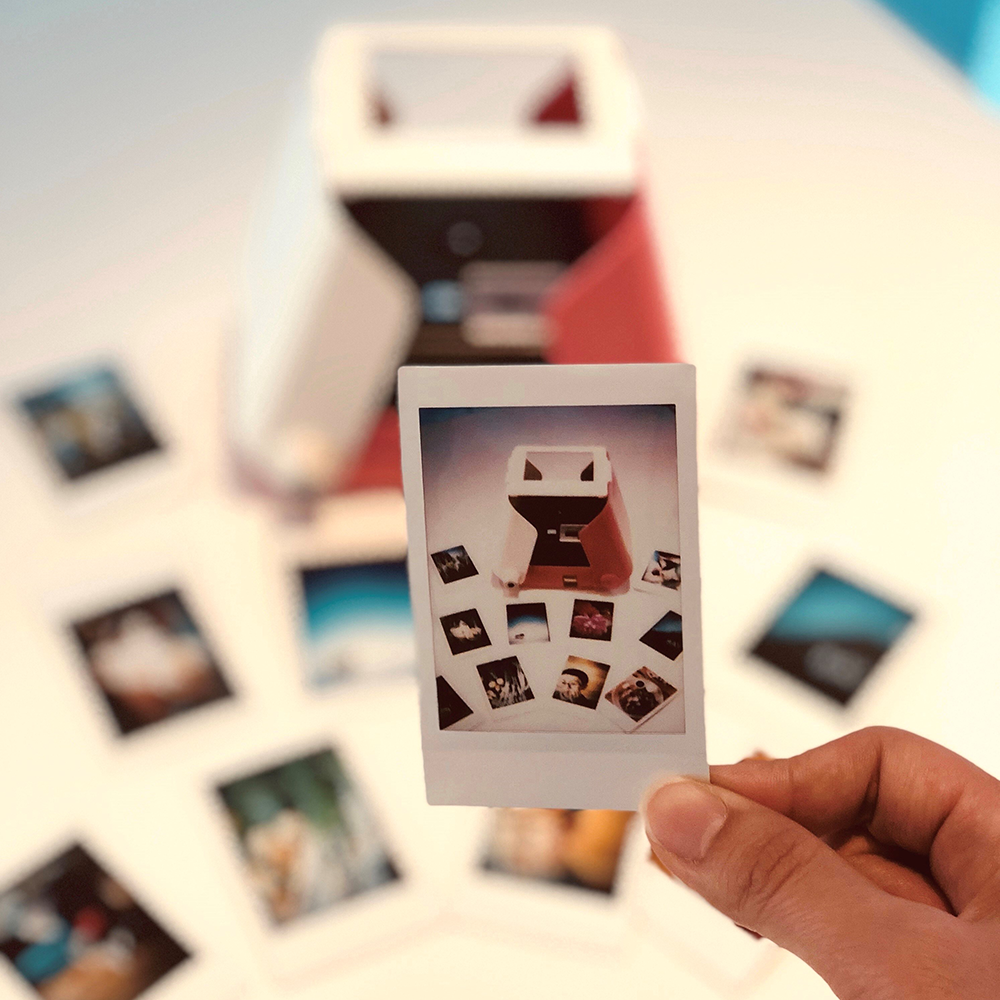 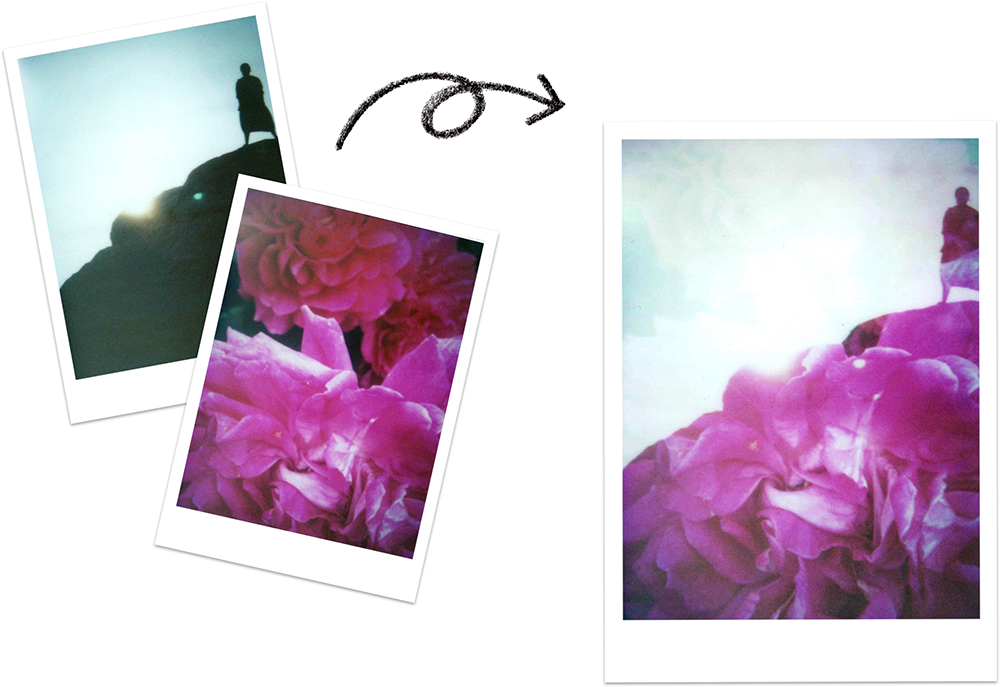 The Printoss is an easy printer to print photos taken on a smartphone. Developed to meet consumers’ need for an easy, reasonably-priced way to print photos of special memories and celebrations and share them with friends (according to a monitoring investigation by TOMY), the Printoss’s success exceeded expectations by far, with 100,000 units shipped in the three months after its release in December 2017. 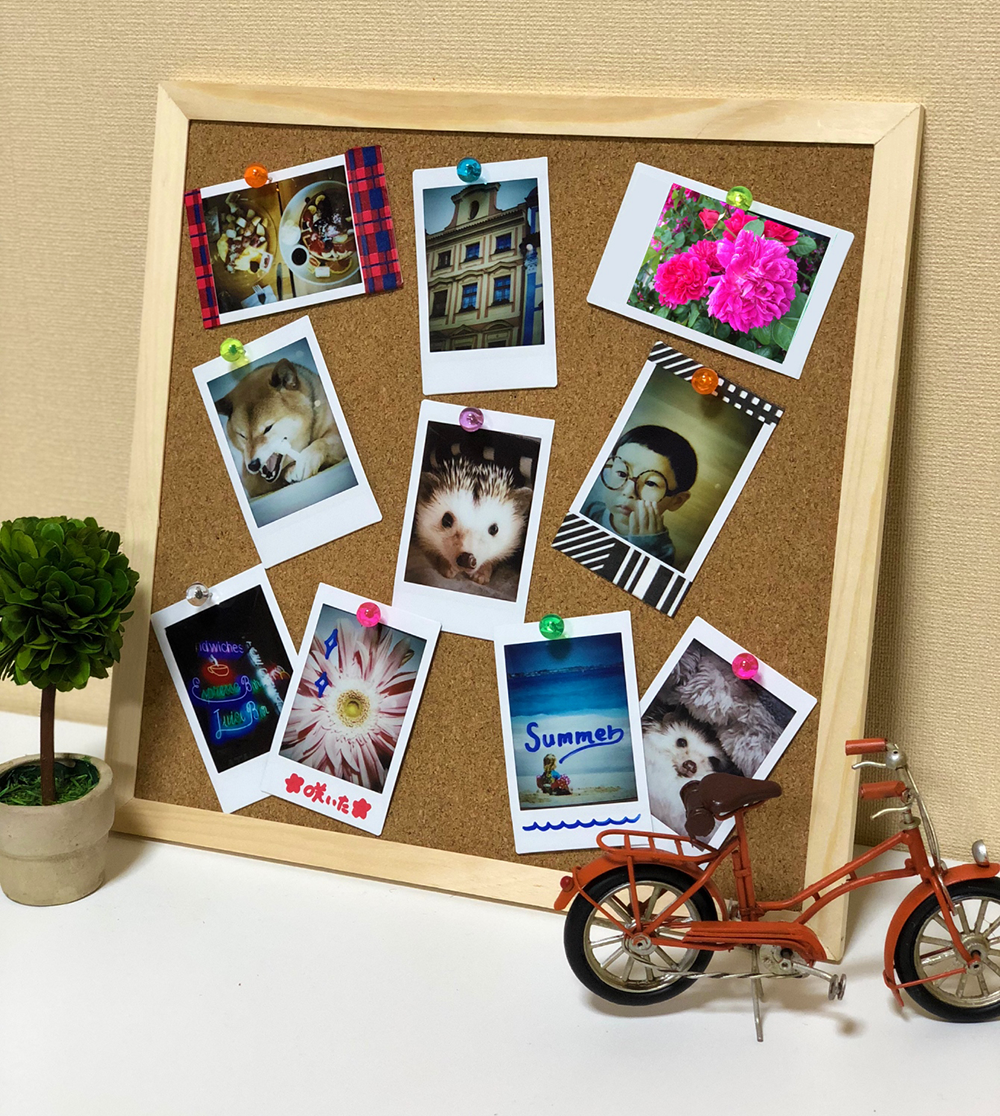 Reasons for the Printoss’s popularity

*4 Multiple exposure: A photography technique where two or more exposures are superimposed to create a single image.
*5 Photo in Photo: A photography method in which a photo is captured within another photo.

You can purchase their products from link below.