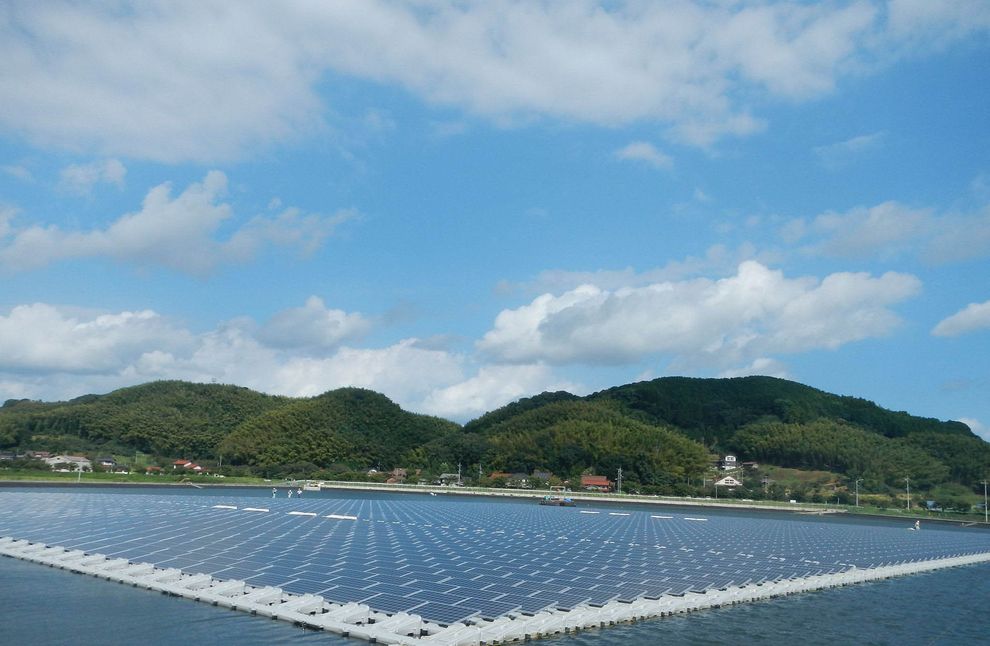 Aiming to reduce its burden on the environment, the Public Enterprises Agency of Chiba Prefecture had been publicly seeking companies to construct and operate a floating solar power plant at the Yamakura Dam. Kyocera TCL Solar was selected to undertake this project in part due to its experience and expertise in developing utility-scale solar power plants in Japan. The company aims to begin operations in March 2016 after negotiating with related parties including Tokyo Electric Power Company.

“When we first started R&D for solar energy in the mid 1970’s, the technology was only viable for small applications such as street lamps, traffic signs and telecommunication stations in mountainous areas,” stated Nobuo Kitamura, senior executive officer and general manager of the Corporate Solar Energy Group at Kyocera. “Since then, we have been working to make solar energy use more ubiquitous in society, and have expanded our business to residential, commercial and utility-scale solar applications. We are excited to work with our partners on this project, taking another step forward by utilizing untapped bodies of water as solar power generation sites.” The project will be comprised of approximately 50,000 Kyocera modules installed over a water surface area of 180,000m2. The plant will generate an estimated 15,635 megawatt hours (MWh) per year — enough electricity to power approximately 4,700 typical households*2 — while offsetting about 7,800 tons*3 of CO2 emissions annually.

Under the plan, Kyocera TCL Solar will build and operate the installation, and Century Tokyo Leasing will provide project financing. The Kyocera Group will be responsible for the supply of solar modules and related equipment in addition to construction, operation and maintenance. The modules will be installed on floating platforms manufactured by Ciel et Terre (headquarters: France), which is also supplying the platforms for a floating solar power plant project in Hyogo Prefecture currently being constructed by Kyocera TCL Solar.

By cooperating with local companies on construction and operation, and establishing an environmental education facility adjacent to the plant to provide environmental classes for local elementary school students, Kyocera and Century Tokyo Leasing hope that the project will play a role in the development of the local community. The companies are committed to promoting solar energy as a means to attain a low-carbon society.

*1 World’s largest floating solar power plant in terms of output (as of December 22, 2014)
*2 Based on an average annual use of 3,313kWh per household. Source: Federation of Electric Power Companies of Japan (2012)
*3 Based on calculations derived from JPEA standards