The EPO today presented the European Inventor Award 2015 in the heart of Paris. The prestigious annual award, now in its 10th year, honours outstanding inventors who through their work have made an exceptional contribution to social development, technological progress and economic growth. More than 400 guests from the worlds of politics, business and academia attended the award ceremony at the Palais Brongniart, the historical Paris stock exchange.

The international jury had selected 15 finalists from more than 300 individuals and inventor teams put forward, and today the winners were crowned in the five categories: Andreas Manz (Switzerland) in the category “Lifetime achievement”, Franz Amtmann (Austria) / Philippe Maugars (France) in the “Industry” category, Laura van ‘t Veer (Netherlands) in “Small and medium-sized enterprises (SMEs)”, Ludwik Leibler (France) in “Research” and Sumio Iijima / Akira Koshio / Masako Yudasaka (Japan) in “Non-European countries”. In addition, the Popular Prize went to Scottish-born Australian immunologist Ian Frazer and the late Chinese cancer researcher Jian Zhou, who received the most votes from the public in an online vote. 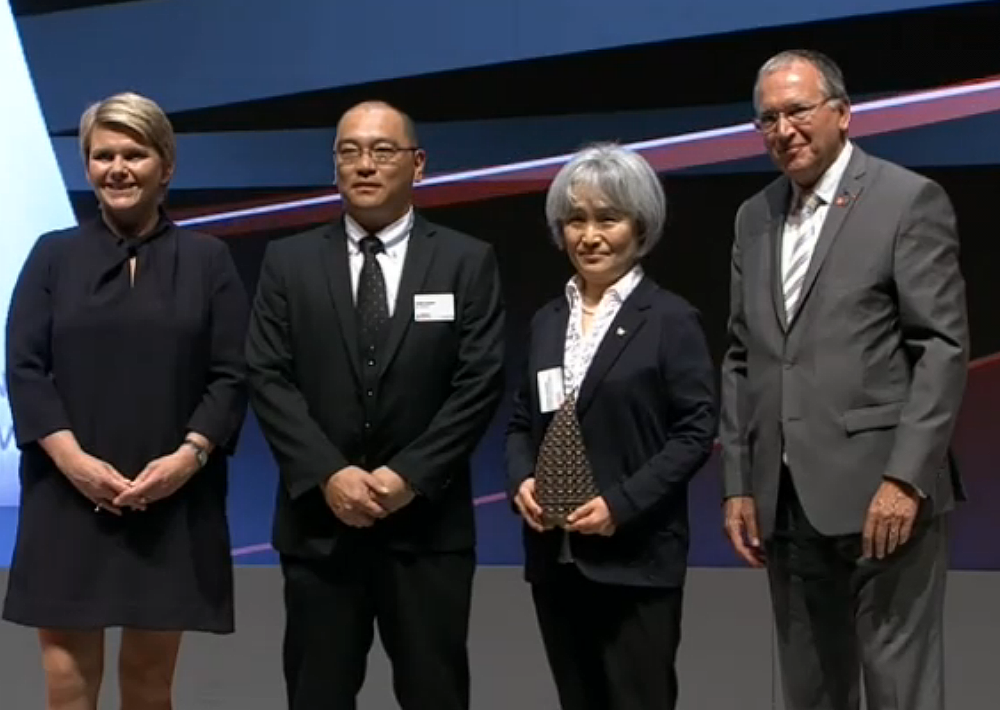 The 2015 award winners – Non-European countries
Sumio Iijima, Akira Koshio and Masako Yudasaka (Japan) received the award for the ground-breaking discovery of carbon nanotubes, a previously unknown structural form of carbon, and for the development of a sustainable process to produce them. Carbon nanotubes make computers faster, car and aircraft parts more stable, and solar modules more efficient. The manufacturing process developed by the Japanese team of researchers makes it possible to even use carbon nanotubes for cancer treatment in bio-medicine.

Akira Koshio and Masako Yudasaka said they were “simply, simply surprised” at winning and said that they were “very happy to share this award with Professor Iijima,” who was not able to attend the ceremony.