Home » Reports » Foods and Drinks Reports » Japanese words “Umami” is one of the five basic tastes. Is that Umami equals MSG?
0

Japanese words “Umami” is one of the five basic tastes. Is that Umami equals MSG?

There’s no denying that the culinary world is experiencing an “umami boom.” Walk through a major city and you’ll see the word everywhere. Some high-end restaurants have specific menu items designed to deliver an immersive umami experience—”umami bombs.” The wave has hit fast food, too, with offerings such as “umami burgers” and even “umami pizza.” A few restaurants have even named themselves after umami.

Basically, umami is trendy. It’s even been referred to as “the culinary buzzword of 21st century.” Which means that when people see the word “umami,” their brains and stomachs say, “Yes.”

Compare this against to MSG. For years—decades—MSG has been reviled by the culinary industry and its patrons. For a while in the 1980s and 1990s, it was hard to find a Chinese restaurant that didn’t have a “No MSG” sign in its front window—and plenty of these actually had MSG seasoning on their tables.

Basically, MSG has been looked at as the “bad guy” for years. Which means that when people everywhere see the word “MSG,” their brains and stomachs say, “No.”

It may be hard to believe, but umami and MSG aren’t as far apart as most people think. You could even go so far as to say that they were separated at birth.

To trace the history of the relationship between umami and MSG, we need to travel back in time. The year is 1907, and we’re eating dinner with one Professor Kikunae Ikeda and his family1. As they talk about their day, the Professor tastes the dashi soup stock his wife prepared for their boiled tofu, and asks what she does that makes it taste so good. It’s the kombu, she says—the dried kelp she used to make it. Strangely, it reminded the Professor of the taste of certain foods when he was studying in Germany years earlier. 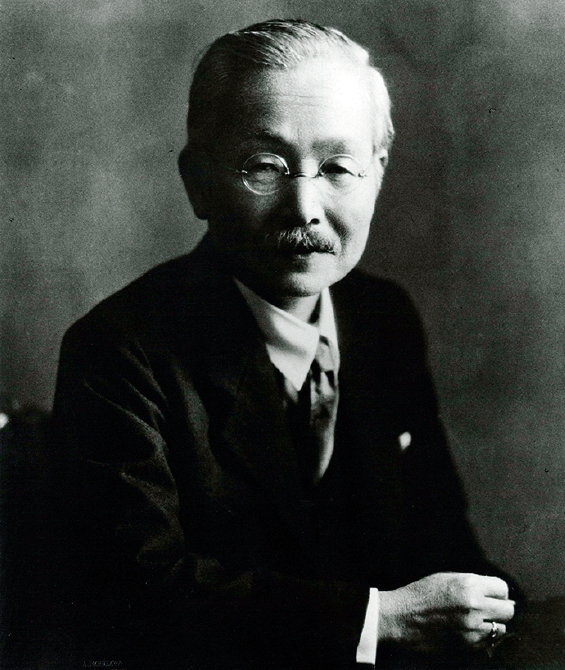 Why, he wondered, did the kombu give his soup stock such a unique taste? And that question consumed him for years.

By 1908, Professor Ikeda had isolated crystals that conveyed the taste he had detected1. These crystals were made of glutamate—one of the most common amino acids in foods, and in the human body. By 1909, he had figured out the means of mass production of this substance, in part by learning how to combine the glutamate with sodium, which is tasty, easy to use as a seasoning, and easy to digest1. He had invented monosodium glutamate. MSG.

How is MSG made?— By fermentation

The way that MSG is manufactured has changed a bit since 1908, but it’s still pretty interesting! Check it out for yourself at: 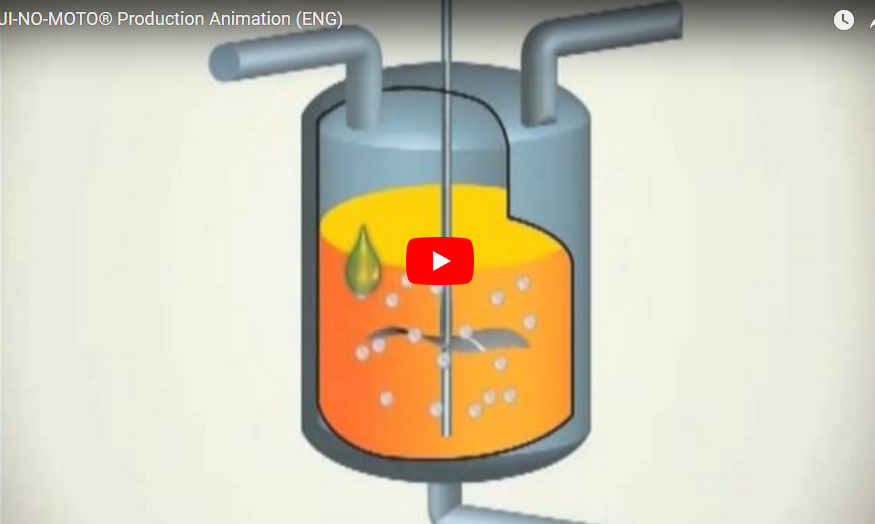 Why was it important to Professor Ikeda that his invention be producible on a large scale? After all, he was first and foremost a chemist, and not a businessman. We can find the answer in his own description of his aspiration: “To create good, affordable seasonings and turn simple but nutritious fare into delicacies.” Simply put, he wanted all of society to enjoy and benefit from his findings.

There was only one problem: how to describe the taste. It was savory. It could even be called a little meaty, but it was derived from kombu. So he gave the taste of MSG a temporary name until he thought of a better one.

He called the taste “umami”.

The Secret of Kombu

Professor Ikeda may have invented umami, but he wasn’t the only person in the world who was trying to decipher the mysteries of soup stock. Around the same time, but half a world away, a pioneer in the food industry named Julius Maggi was hard at work developing rapid-cooking dehydrated soups. Maggi’s work eventually resulted in the creation of bouillon cubes made from hydrolyzed vegetable proteins—it was the hydrolysates that produced the bouillon’s meaty flavor. 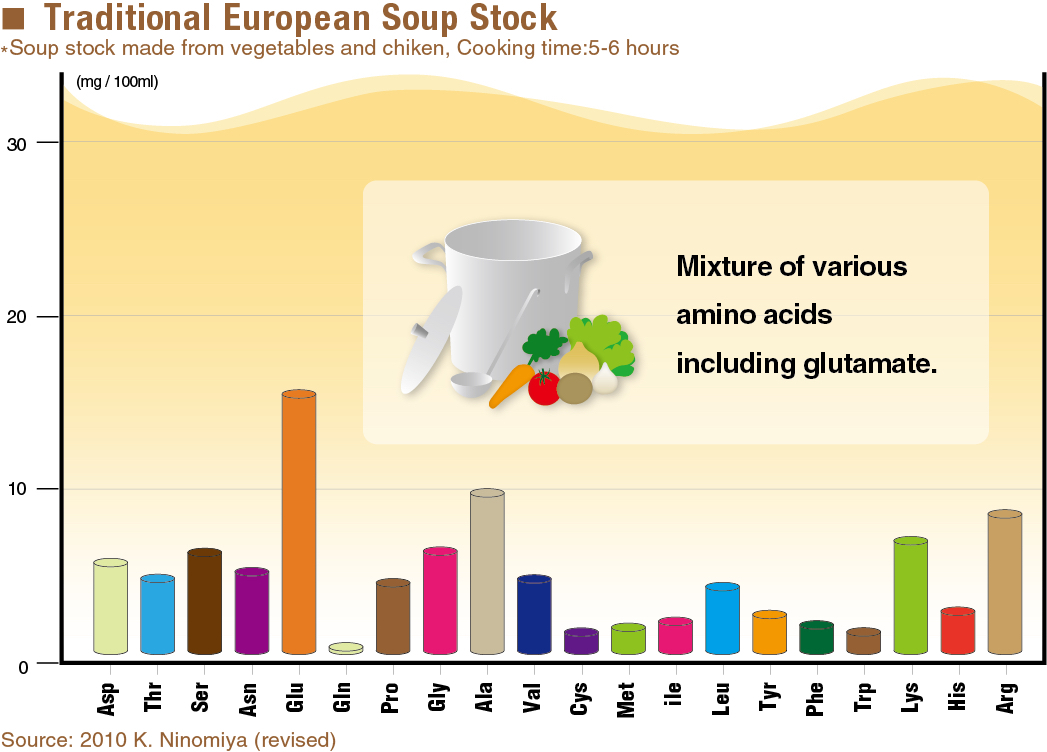 According to the latest scientific research, kombu soup stock is just plain simpler. The majority of its amino acid composition is glutamate, followed by aspartate, and a very small amount of a few other amino acids. On the other hand, vegetable soup stock breaks down into a relatively balanced mixture of more than ten amino acids.

Professor Ikeda wanted his discovery of umami to lead to the development of something useful for people’s lives. He isolated glutamate from an amino acids mixture based on wheat protein hydrolysate, and went on to create a business to bring its umami taste to Japan, and then to the world. Mr. Maggi developed a bouillon cube using a protein hydrolysate that was a mixture of amino acids. The difference between the two inventions, based on a single amino acid or amino acid mixtures, reflects differences in food culture between Japan and Europe.

What Took So Long?

Professor Ikeda invented MSG and named its taste umami more than one hundred years ago, but it took the scientific community decades to catch on. It wasn’t until 2000 that umami taste receptors were discovered on the tongue, making it the fifth known basic taste2. But the history of umami actually stretches back to the dawn of civilization. 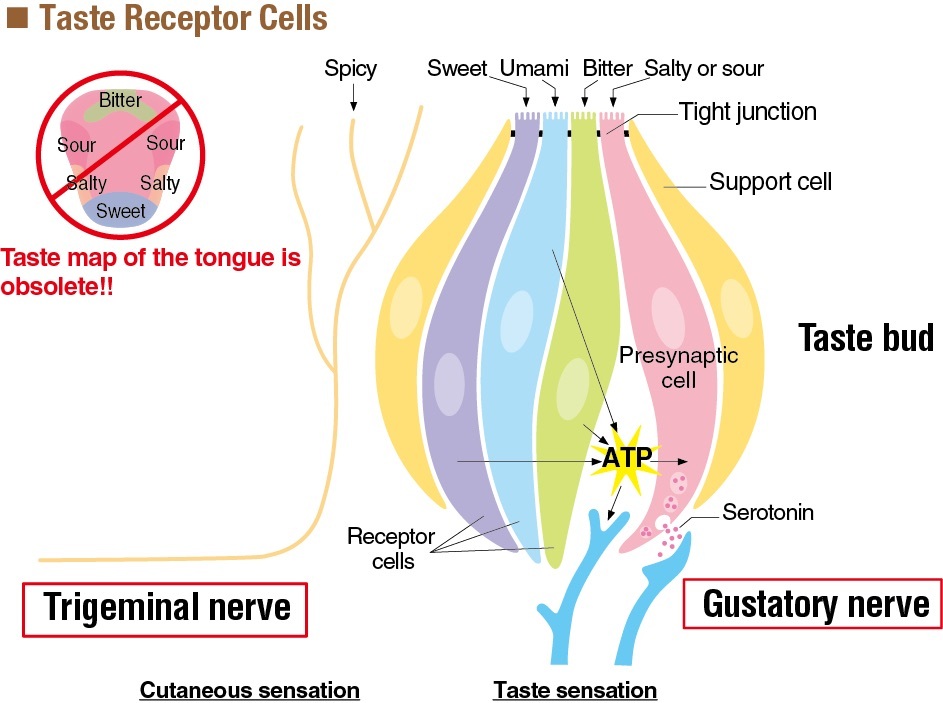 Umami was an important taste in the Ancient World. For proof, we need look no further than Pompeii. When Mt. Vesuvius exploded in the year 79, Pompeii was a thriving city. With more than twenty thousand residents, it was one of the most important cities on the Italian Peninsula. The city was peppered with elegant villas and vacation homes for the rich, and featured a twenty thousand-seat arena for entertainment. However, like many vacation towns, the city couldn’t survive on tourism alone. Another industry was needed to support the local populace. In the case of Pompeii, that industry was the production of garum, an extremely rich source of umami.

Garum was a staple condiment of the Ancient World, from Greece to Byzantium to Arabia. It was made by fermenting the innards of fish in brine, using terracotta jugs called urcei. This may not sound very appetizing, but your average ancient Roman would have disagreed. 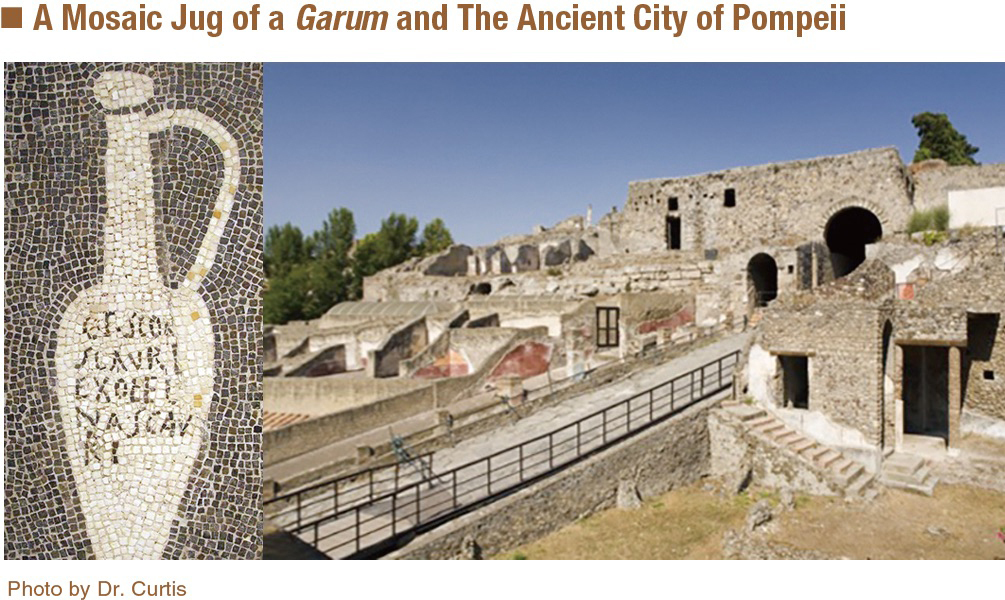 Garum appears to have been the most popular condiment in ancient Rome—the equivalent of soy sauce in the Far East (incidentally, another major source of umami). And Pompeii was famous for its garum. Hundreds of urcei have been unearthed at Pompeii, and it appears to have been a lucrative business—the biggest supplier, Aulus Umbricius Scaurus, owned a luxurious house overlooking the sea, replete with a private bath suite.

For starters, the manuscript describing Professor Ikeda’s research was written, naturally enough, in Japanese, and unfortunately, it wasn’t translated into English for decades. This put Western chemists, for whom the lingua franca is English, years and years behind on the basic research that would validate Professor Ikeda’s findings.

Secondly, while the word “taste” is used colloquially by most people, in scientific terms it has a very specific meaning. People may say something “tastes like chocolate,” but a scientist would say, “chocolate isn’t a taste, it’s a flavor.”

Consider this: if the five basic tastes are sweet, sour, salty, bitter, and umami, where exactly does spiciness fit in? Well, spiciness is considered a taste—but it’s not one of the five “basic tastes.” The reason is that spiciness isn’t detected by the taste receptors. Instead, it activates nerve fibers directly through cutaneous sensation fibers on the tongue—the same fibers that detect pain and temperature. 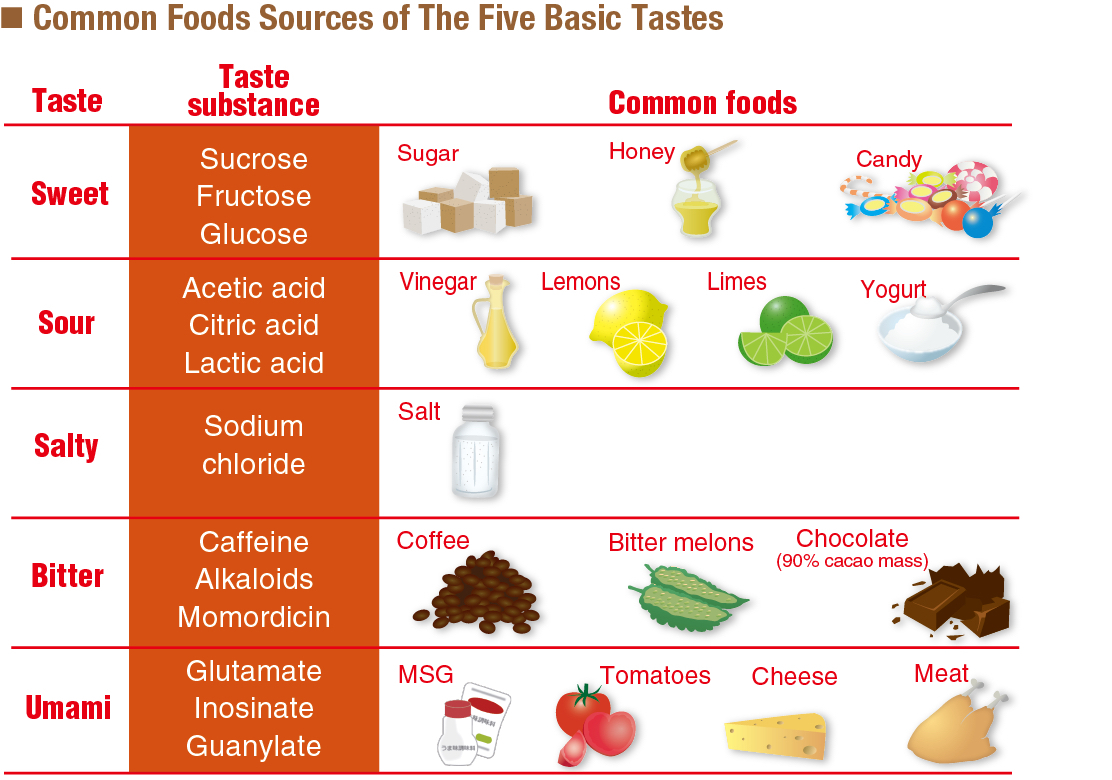 And chocolate? According to science, it’s a flavor, because the experience of eating it also involves its aroma, its fullness, and its depth.

Taste receptors are basically information receptors3. The human body requires a variety of nutrients to remain healthy, and tastes are the basic information that helps us detect the composition of the different foods we eat. Ever crave something sweet? It’s probably your body telling you it could use a little more glucose in its blood stream. Ever crave something bitter? Probably not—and that’s because basically bitterness is a marker for poison. And if you’re craving umami, you could probably use a little protein in your diet.

Umami is detected directly through the taste receptors, but it’s a lot harder for most people to identify or describe than the other four basic tastes. One reason is that the source of the umami taste isn’t as obvious. Saltiness comes from salt. Sweetness comes from sugar.

And umami? Umami comes from MSG.

Please find their products on shop below and check the special deal!