The campaign is a digital promotion element of ‘Cool Japan’, the Japanese government’s strategy to cultivate and promote Japanese culture in other countries. The campaign features Kizuna AI, the world’s first virtual YouTuber as its ambassador. Through social media platforms, including YouTube and Instagram, this campaign engages Americans and encourages them to consider Japanese travel. 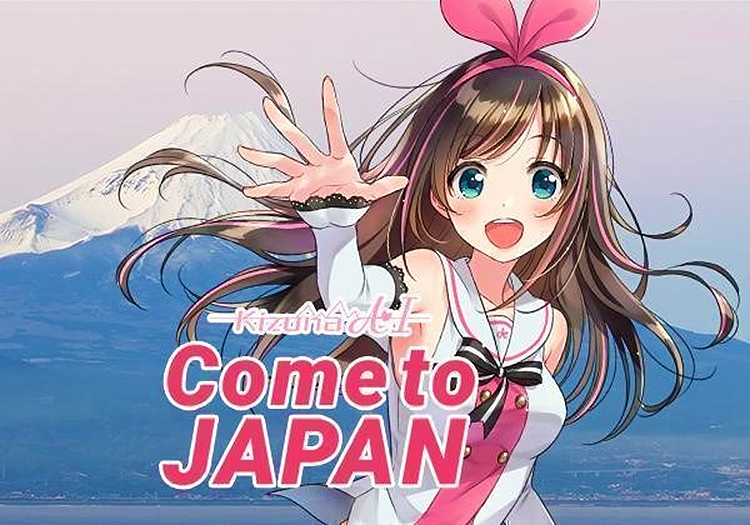 Hello! My name is Kizuna AI, and I’m the (self-proclaimed) world’s first virtual YouTuber! I’m also the ambassador for this Japanese tourism campaign! Discover Japan’s charms with me, abd get ready to “Come to Japan”!

The campaign has four components, including an online quiz, a Kizuna AI Come to Japan Sweepstakes, an Instagram campaign, and a lottery to be held at Japan Week in New York with details to be announced. Users who obtain a high score on the online quiz can enter the sweepstakes that offers a pair of round-trip plane tickets to Japan as its grand prize. Campaign details, as well as rules and regulations, can be found shared through the ‘Come to Japan‘ website and social media.

JNTO New York Executive Director, Mr. Ken Iwata, stated, “In the United States, digital marketing is an effective way to engage potential travelers, particularly millennials, who are showing a great deal of interest in Japan. This is why we chose a campaign that uses anime, ‘Cool Japan’ content to engage Americans, starting with the millennial generation. Anime has attracted more than 20 million users to American video streaming platforms like Crunchyroll, so we believe it can help us reach a broad audience in a new and exciting way, while also showcasing Japan’s innovative nature.”

About the Kizuna AI Come to Japan Sweepstakes

No Purchase Necessary. Open only to legal residents of the U.S. who are at least the legal age of majority in the jurisdiction of their residence at the time of entry. Begins on March 1, 2018 and ends on March 25, 2018.


Grand Prize:
One winner will receive round trip economy airfare for two to Tokyo, Japan