Will Contribute to Reducing CO2 Emissions during Power Generation

YOKOHAMA, Japan – A large-scale gas turbine for use in power generation under development by Mitsubishi Hitachi Power Systems, Ltd. (MHPS) has successfully passed a firing test using a 30% hydrogen fuel mix*1. The test results confirmed that by using MHPS’s proprietary burner, which was newly developed to burn hydrogen, stable combustion can be attained even when hydrogen is mixed with natural gas. Using a 30% hydrogen mixture, a reduction in carbon dioxide (CO2) emissions of 10% was achieved, compared to natural-gas-fired power generation. 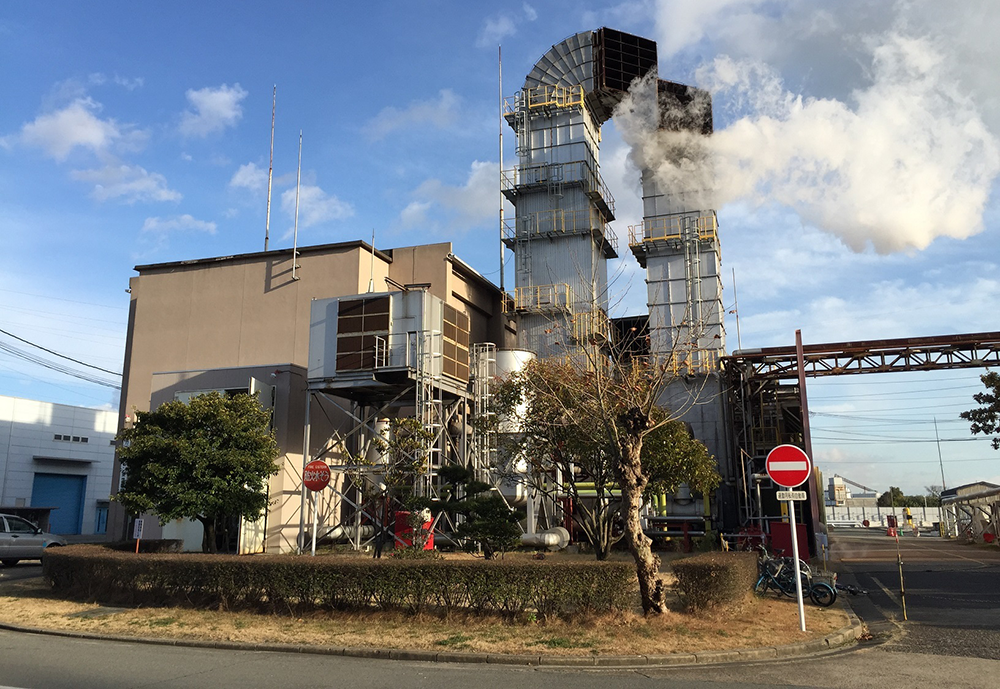 The hydrogen-mixed firing test was carried out at MHPS’s Takasago Works, using actual-pressure combustion testing facilities, as part of a project of Japan’s New Energy and Industrial Technology Development Organization (NEDO) aimed at developing technologies for realizing a “hydrogen society.” In a hydrogen society, broad use is made of hydrogen—a clean, carbon-free energy that releases no greenhouse gases.

The firing test conditions called for a turbine inlet temperature of 1,600℃, equivalent to 700 megawatts (MW) of output, using the premix combustor of the natural-gas-fired J-Series gas turbines, which provides power generation efficiency above 63%. With a hydrogen mix of 30%, stable combustion was demonstrated while satisfying operable threshold values pertaining to nitrogen oxide (NOx) emissions, combustion oscillation, etc.*2 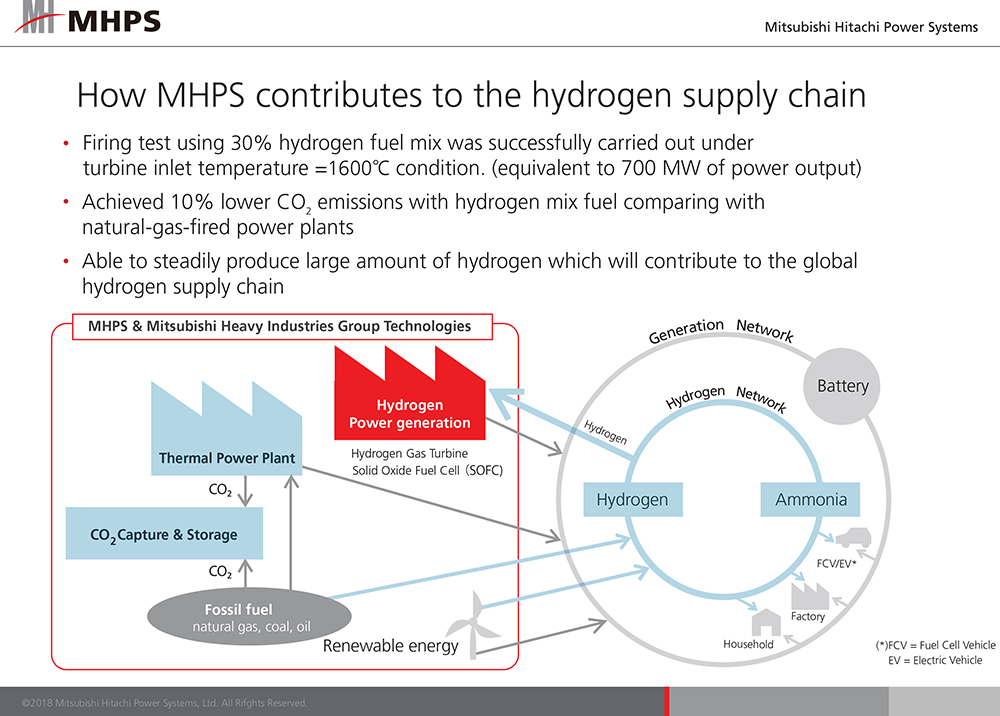 How MHPS contributes to the hydrogen supply chain

The stable hydrogen-mixed firing technology applied in the large-scale gas turbine uses MHPS’s proprietary dry low-NOx (DLN) combustor developed for this project as an improved version of the Company’s natural-gas-fired combustors. The combustion method is premixing, a field in which MHPS has abundant experience through its use of DLN combustors. The combustor’s fuel nozzle creates a rotational airflow that enables the formation of a more uniform premixed gas, leading to low NOx. Other than the combustor, the equipment currently in place can be used without modification, thereby curbing the potential costs of converting a natural-gas-fired power plant to a hydrogen plant.

In Japan, under the leadership of the Ministry of Economy, Trade and Industry and the Cabinet Office, efforts are underway to develop hydrogen as one of the nation’s core energies. Research and development of gas turbines fueled by hydrogen currently focuses on small and medium-size gas turbines for small-scale thermal power plants suited to distributed power generation or area cogeneration. Now, with successful testing toward use of hydrogen fuel in a large-scale gas turbine for large-scale thermal power plants, expectations are focusing on the new technology making a major contribution to easing the burden on the global environment during power generation. It marks the first step toward realizing a CO2-free hydrogen society, a key strategy set last December at the second meeting of Japan’s Ministerial Council on Renewable Energy, Hydrogen and Related Issues.

Following this successful test, MHPS will accelerate the development of hydrogen-fueled gas turbines and encourage hydrogen use by thermal power plant operators. Mitsubishi Heavy Industries Group is also a leader in CO2 capture and storage (CCS) technology, which is indispensable for supplying carbon-free hydrogen. By linking these technologies, the Group is poised to lead the development of an international supply chain spanning hydrogen supply, transport and storage, thereby contributing to realization of a hydrogen society.