Mitsubishi Corporation (MC) and Hitachi Ltd. (Hitachi) are pleased to announce the conclusion of a contract to supply and install railway signaling systems in Myanmar. The contract, signed with Myanma Railways on May 15, 2015, amounts to approximately 2.4 billion yen and will be covered by grant aid from the Japan International Cooperation Agency (JICA). Completion of the project is scheduled for June 2017.

The signaling systems to be supplied and installed by MC and Hitachi consist of a Train Monitoring System, which enables operational control centers to conduct unified management of train positions, an Electronic Interlocking System that controls turnout machines and signal lamps for realizing safe train operations and a Level Crossing System which allows for detecting approaching trains and automatically giving a warning. The systems will be installed along a 140-kilometer stretch between Yangon Central Station and Pyuntasa Station, located along the railway route from former capital Yangon, to Mandalay in Upper Myanmar. 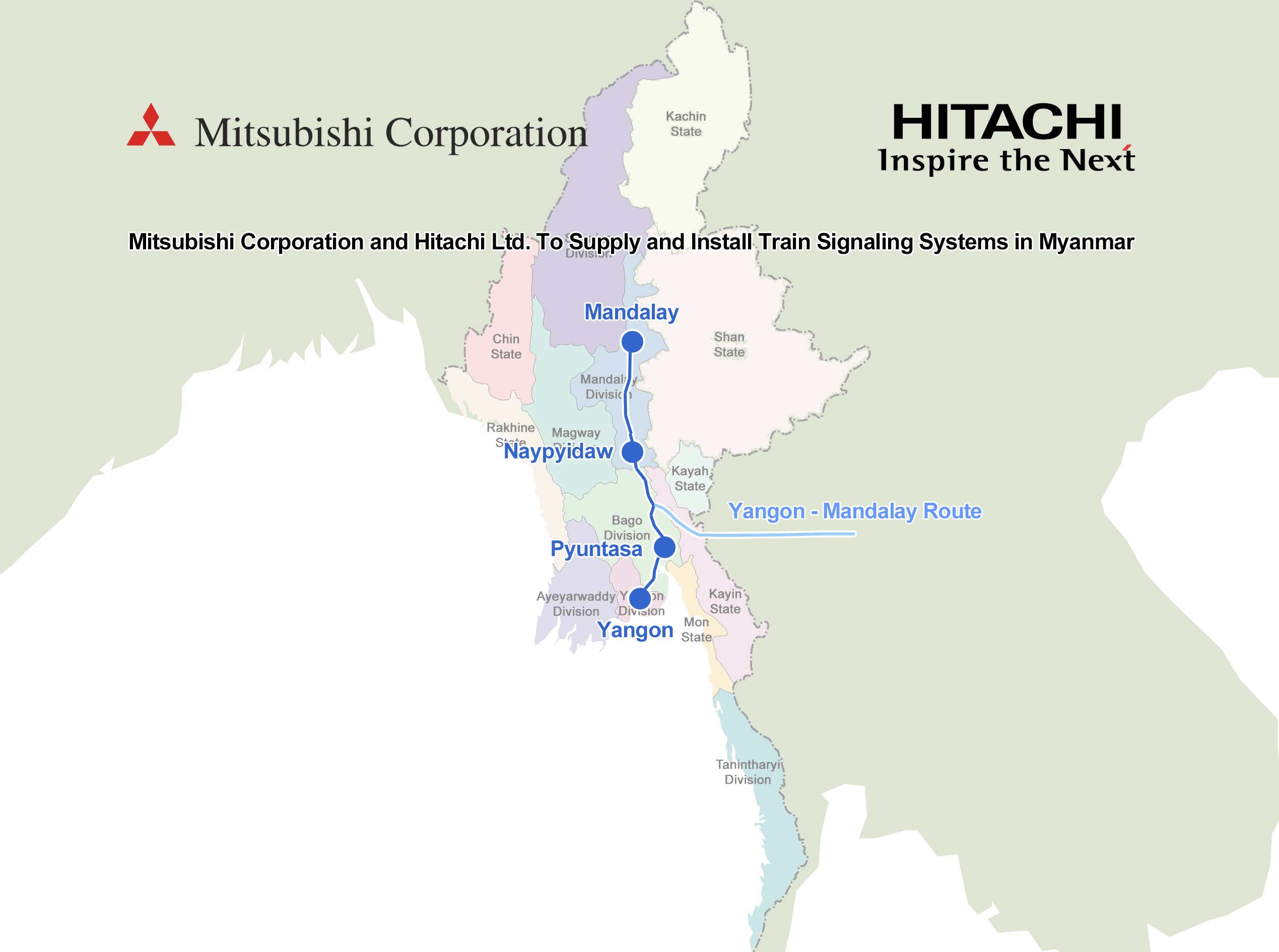 MC has developed a wealth of experiences supplying rolling stock and train equipment in Asia and the Middle East, while Hitachi has proven competence in providing one-stop solutions such as rolling stock and signaling systems to the railway industry. Synergizing these competences, MC and Hitachi will supply train signaling systems which have been successfully developed on the basis of Japanese technology and experience with the expectation that this will help to improve rail safety and contribute to modernizing, upgrading and diversifying transportation infrastructure in Myanmar.