TOWNSEND, Tenn. – During a special welcome dinner at the popular Smoky Mountain Crawl rally, American Honda announced this evening that the Monkey and Super Cub C125 ABS models will be made available to U.S. customers for the 2019 model year. First unveiled in concept form last September at the Tokyo Motor Show, the models are both closely based on iconic motorcycles from Honda’s past, and are the latest examples of the company’s aptitude for developing pocket-sized motorcycles that capture the fancy of enthusiastic subcultures. Preceded by cherished models like the Mini Trail, the Z50, and more recently the Grom, the Monkey and Super Cub C125 are set to honor Honda’s heritage and define new lifestyles while appealing to a broad spectrum of riders.

“Since our ‘You Meet the Nicest People’ campaign of the ’60s, Honda has produced fun, confidence-inspiring models that attract new customers to the joy of motorcycling, while introducing new ways for existing enthusiasts to express themselves and interact,” said Lee Edmunds, American Honda’s Manager of Motorcycle Marketing Communications. “With the 2019 Monkey and Super Cub C125, ‘The Power of Nice’ returns. We’re continuing the tradition of offering American customers machines that are simultaneously nostalgic and up-to-date, and that beg to be ridden and personalized. We’re eager to see how our customers use these bikes to extend ‘The Power of Nice’ to the next generation.” 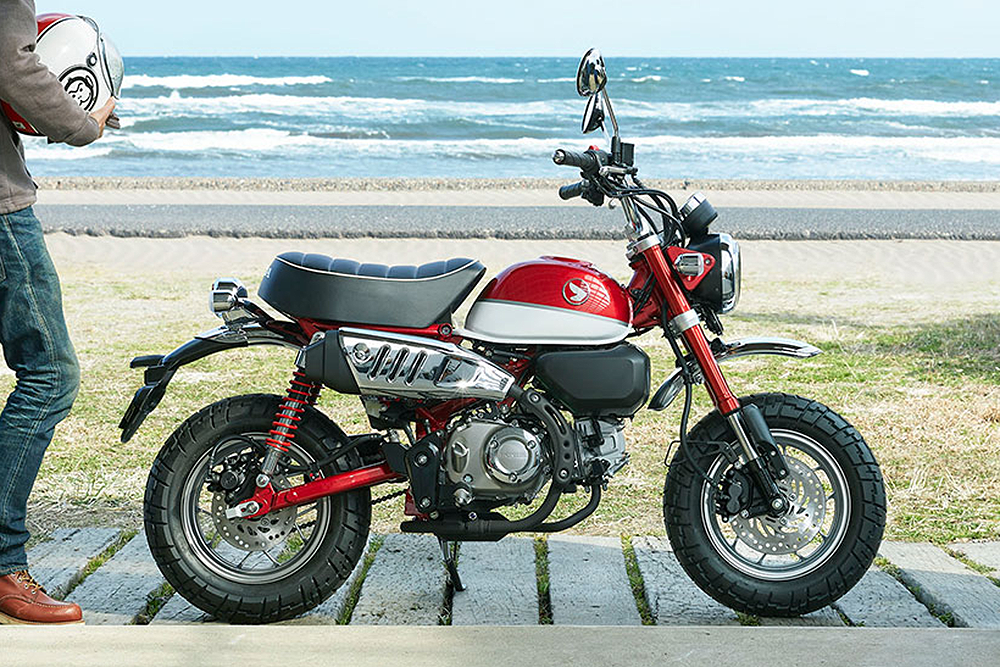 Beginning with a Japanese amusement-park ride, Honda’s 58-year history with the “Monkey” has seen the Z series capture the hearts of generations the world over, offering enjoyable, accessible mobility through a likable design, tiny dimensions, and low weight. Today, the desire for an easy-to-handle motorcycle that puts smiles on faces is alive and well. A master of fun, the 2019 Monkey builds on that passion, while opening the door to the next generation of enthusiasts. The classic Monkey style provides the cues: simple, curved surfaces, and a trapezoid silhouette highlighting the compact length. The glossy fuel tank, finished in the same color as the frame, swingarm, and shocks, crowns the machine, and proudly wears a historical 3-D “Old Wing”-design Honda logo. Chrome steel high-mount fenders—plus the evocatively stamped exhaust shield, circular mirrors, and high-rise handlebar—all pay homage to the original. The Monkey is powered by a modern, reliable 125cc single-cylinder four-stroke engine, and is available with ABS brakes. 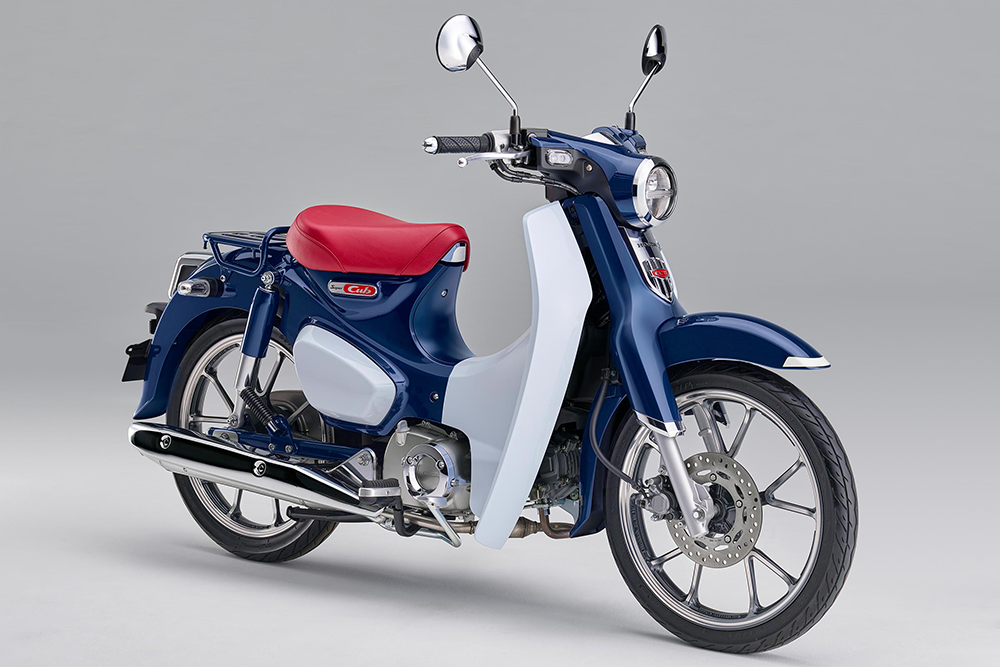 Since the 1958 introduction of the first Super Cub C100 (one year before the launch of the American Honda Motor Company), the iconic model and its descendants have enticed armies of new riders to motorcycling, its approachable, stylish design and utilitarian performance altering people’s understanding of riding. A social phenomenon, the Super Cub even inspired a Beach Boys song, its worldwide popularity carrying it to a production milestone of 100 million units in 2017, making it the highest-selling motor vehicle in the world. Although U.S. importation of the model ended in 1974, American Honda is offering the 2019 Super Cub C125 ABS in celebration of its 60th anniversary. Featuring classic Super Cub styling with an S-letter silhouette and step-through design, the little motorcycle has a fuel-efficient and quiet 125cc air-cooled single-cylinder engine, fuel injection, a comfortable seat, and ABS brakes.