NGK Insulators Ltd. announced on June 22 that NGK received an order for a NAS (R) battery for use in an energy storage technology demonstration project to be conducted in Dubai.

The 1.2 MW/7.2MWh NAS battery was ordered last August, installed in March, and will enter full service soon this summer. It was the first installation of a large-scale energy storage system in Dubai. 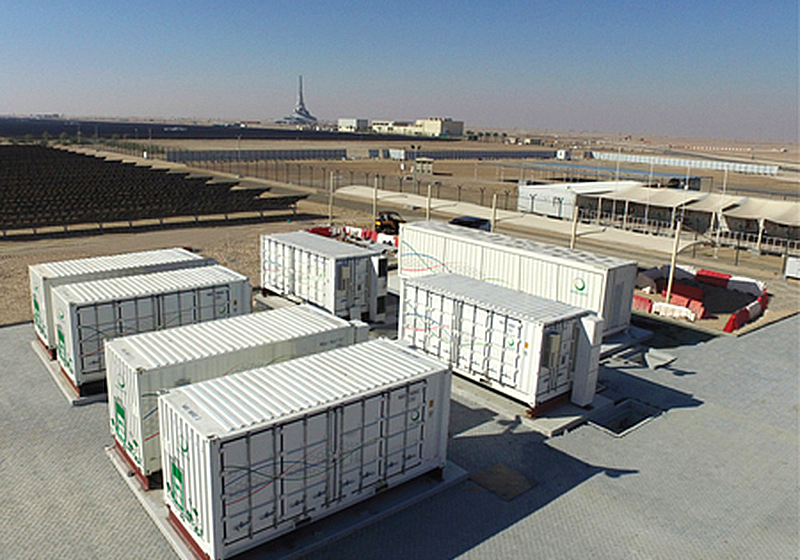 Dubai has accelerated its investment in renewable energy to eliminate its dependence on fossil fuels. Dubai is building the world’s largest solar park, the Mohammed bin Rashid Al Maktoum Solar Park, in the south of the Emirate. The Emirate is targeting introduction of 5,000 MW of photovoltaics (PV) and concentrated solar power (CSP) by 2030, which will raise the ratio of renewable energy to 25% of total generation capacity.

In anticipation of the large-scale introduction of renewable energy in the future, the NAS battery system was installed alongside a 13MW PV plant in the solar park. The NAS battery will be used to stabilize fluctuations in solar power output, plus other grid applications including energy time-shifting and frequency control. The large capacity of the NAS battery makes it ideal for this set of applications.

Overview of the NAS Battery Ordered

NGK was the first in the world to commercialize the NAS battery system, which has the capacity to store hours of electricity. The NAS battery system boasts an array of superior features, including large capacity, high energy density and long life. It is capable of maintaining high output of electric power for long periods of time, allowing daytime solar energy to time-shift to nighttime usage. Since 2002, NGK has delivered NAS battery systems to about 200 locations worldwide with total output of more than 530,000 kW and storage capacity of 3.7 million kWh. The systems are being used for stabilizing and smoothing power output from renewable energy sources, for eliminating congestion on transmission lines by scheduling energy transfer, for load leveling, for frequency response and for emergency backup power.
To learn more about the NAS battery system, visit: https://www.ngk.co.jp/nas/