Nippon Shokubai, a Japanese chemical company, develops forests of Banten bay for biodiversity preservation and preventing coastlines from being eroded

Nippon Shokubai Co., Ltd. has newly begun to develop “Japan-Indonesia Friendship Forests of Banten Bay for Biodiversity Preservation” in the Republic of Indonesia. The company held an opening ceremony for the project and conducted the first round of tree-planting activities. 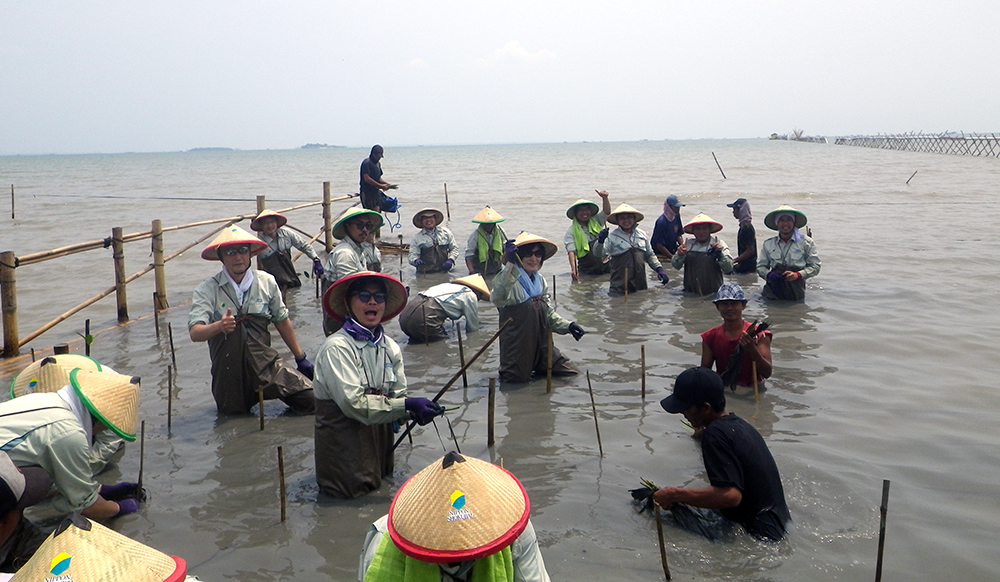 As part of the Forest Development Initiatives, the company has pursued since 2008, the activities designed to develop mangrove forests on Indonesia’s coasts are aimed at securing habitats for shrimps, crabs and other creatures and preventing coastlines from being eroded by high waves. With the help of a local nongovernmental organization (NGO), Nippon Shokubai plans to plant 30,000 Rhizophoraceae mangrove saplings over a five-year period.

The mayor of Serang, capital of Banten Province, and officials of the Ministry of Environment Banten Province attended the opening ceremony as guests, welcoming the activities which they said would contribute to regional development. 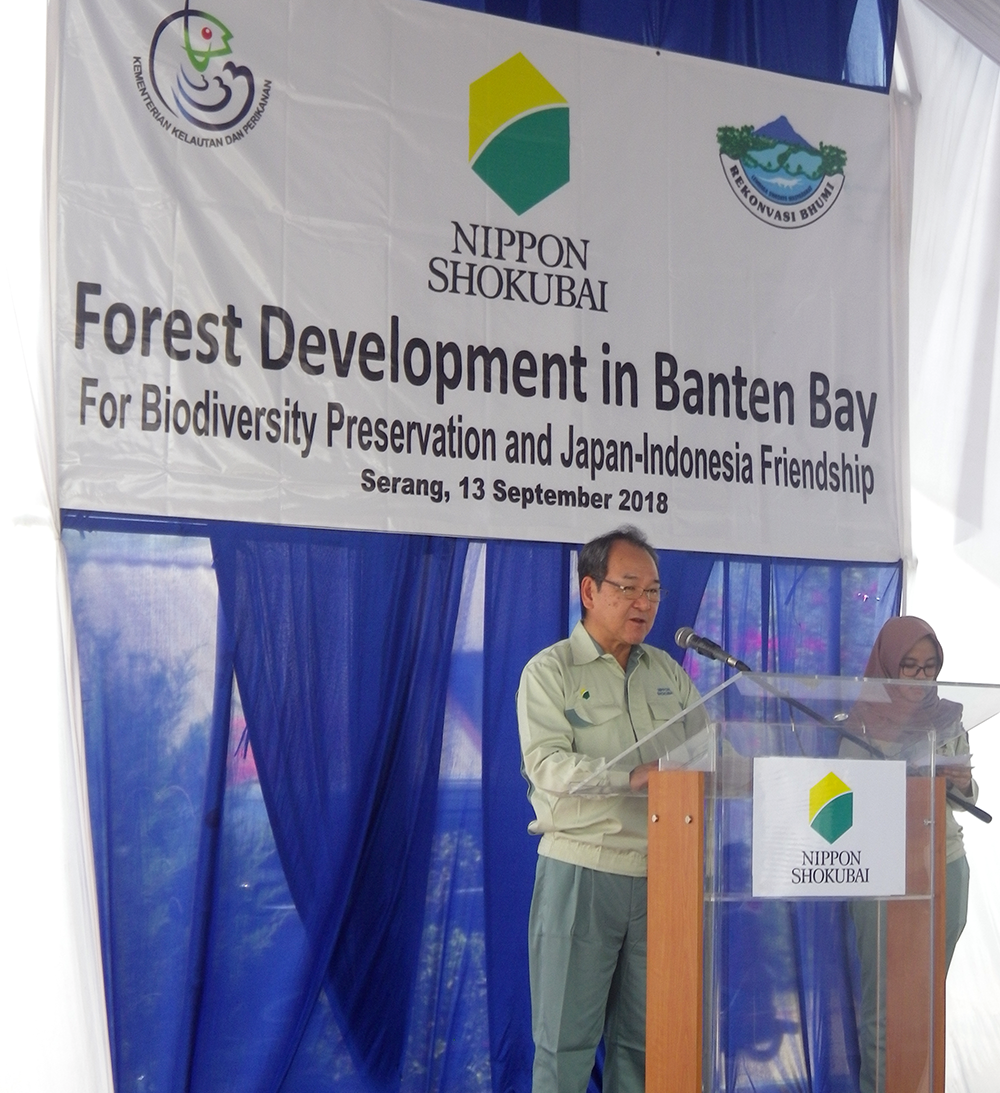 Nippon Shokubai has been taking the Forest Development Initiatives continuously for 10 years as part of its corporate social responsibility (CSR) activities. Nippon Shokubai, together with its group firms, intends to further enhance the activities to preserve biodiversity and the natural environment and contribute to the region.