Researchers Discover a Novel Layered Superconductor Based on Tin and Arsenic

The layered superconducting material is characterized by a crystal structure in which a SnAs layer (wherein Sn and As are two-dimensionally bonded to develop superconductivity) and a Na layer (the spacer layer) are alternately laminated. Considering that such a layered structure is similar to that of a cuprate- or iron-based high-temperature (high-Tc) superconductor, it is possible that in SnAs-based layered materials, superconductivity is developed as a result of the unconventional pairing mechanism.

The research group of Yoshikazu MIZUGUCHI (Associate Professor) and Yosuke GOTO (Project Researcher) specializes in the discovery of two-dimensional layered structures–various materials can be designed by laminating different kinds of layers. As an example, in 2012, this research group also reported the discovery of novel layered superconducting material systems, Bi4O4S3 and LaO1-xFxBiS2, based on bismuth (Bi) and sulfur (S). To add, as the two-dimensional crystal structure gives rise to a low-dimensional electronic state, researchers are actively studying unique quantum phenomena such as high-temperature superconductivity. 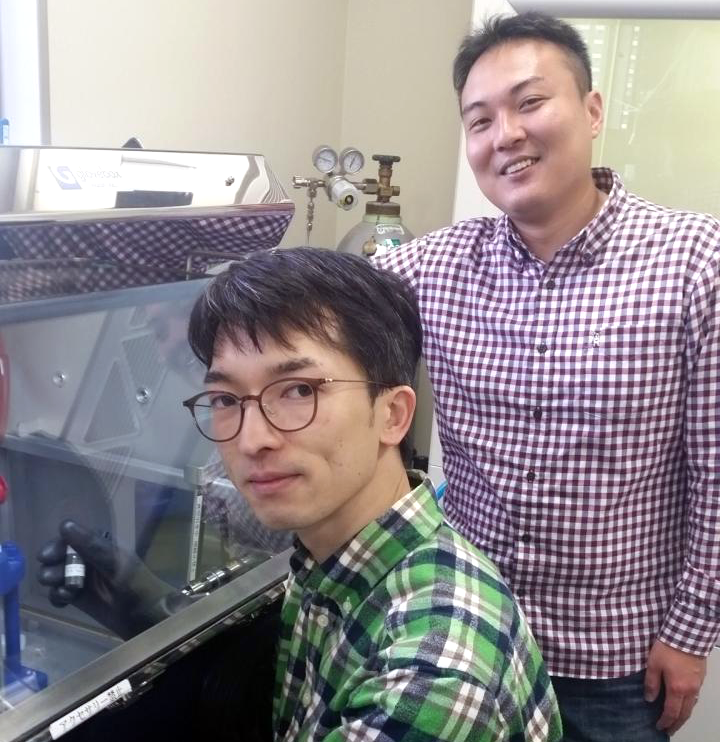