Clapping robot “Big Clapper” is developed and manufactured by Bye Bye World Inc. where located in Tokyo, Japan. “Big Clapper” is produced real clapping sounds from a shape hand made of special material, and to use for gets fun and rock in various occasion such as party, attracting people at front of store, supporting member of sports game, and in business.

About the Bye Bye World Inc.
Bye Bye World is a creative company directed by creator Masato Takahashi specializing in creative production within the field of entertainment. Their activities cover a wide range of platforms and media that fuse analog and digital technologies, including the production of robot, machine and toy works, product development, and performance.
Official site: http://www.byebyeworld.co.jp

About Takaha Kiko Co., Ltd.
Takaha Kiko was established in 1979. In addition to the fact that we have been welcomed as the dedicated maker of today’s solar solenoid conductors, we are deeply grateful for the powerful support from our customers as well as the courteous support of the companies with whom we have collaborated over many years.
Official site: http://www.solenoid-japan.com/ 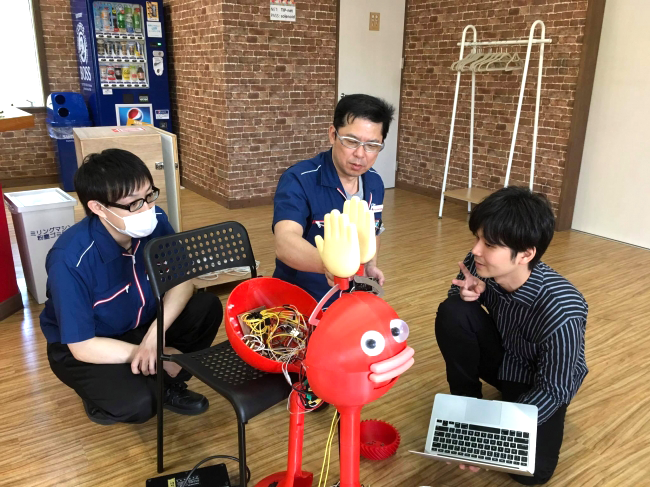 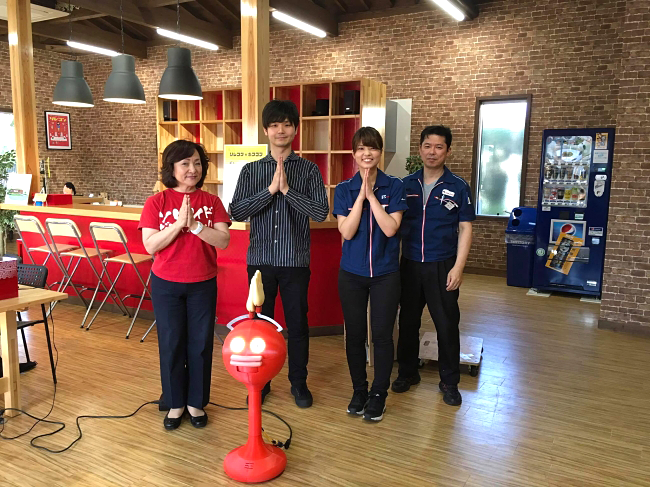